With the advent of technology, we are seeing the use of new technologies in smartphones, but one of the hotter days of these days is the use of multiple cameras in new smartphones.

It’s time to realize that the cell phone selection criterion was the camera’s powerful Megapixel camera, which means that the higher the camera’s megapixel number, the better the camera is.

Now, with the advancement of technology and the grown-up of the smartphone industry, a similar issue has been raised with the number of available cameras.

Do you have to think that the more you have a mobile phone with more camera capability?

Is it really necessary to have a few cameras on our smartphone, or is it better to ask what features of the camera do we have for us?

What was the first mobile phone with a dual camera? It might be interesting for you, but the first mobile phone that uses dual cameras was the HTC EVO 3D, which could take photos and 3D movies with its dual camera module.

However, the use of dual cameras has been forgotten for many years, so HTC has introduced the HTC M8 and M9 with dual cameras.

What are the secondary sensors used?

First of all, we should point out that in photography with professional cameras, the photographer uses special lenses (telephoto, widescreen, etc.) to capture their favorite images depending on their circumstances.

However, the handsets of smartphones are a bit closed by the manufacturer, since smartphones can not be thickened to use different types of lenses and sensors. Also, with an extra camera, you can capture images with a better, more dynamic range. The point is that the use of a secondary sensor can even enhance shooting in low light or at night.

In the long run, we will introduce a variety of secondary sensors to get more familiar with their performance.

Prior to the introduction of Apple’s iPhone 7 Plus in 2016, zooming in on mobile photography was limited to digital zoom, but on the 7 Plus, we saw the use of the second telephoto camera, which provided a dual optical zoom.

In digital zoom due to the slider (crop) of the camera processor on the original image, the quality of the photo is reduced, but in optical zoom due to the use of different types of lenses and optical rules, the magnification of the image quality is not reduced. Optical magnification due to the use of a variety of lenses and optics does not diminish when zooming in on photo quality.

Telephoto lenses are found on most phones today.

Samsung also introduced Galaxy S4 and S5 versions of the Galaxy S III with zip names in the years ahead,

which looked like a compact camera camera from the body,

but the thickness of these versions was very large due to their design.

Due to limitations in the design of the dimensions of the mobile phone, it is almost impossible to accommodate a camera with optical zoom capabilities.

most mobile phone companies today have gone to the use of secondary sensors to add optical zoom capabilities. If you want to mention some of these smartphones,

Of course, Huawei has recently unveiled a major exception, which, according to the company,

has come up with rules on mobile photography. Yes, we talk about Huawei P30 Pro. 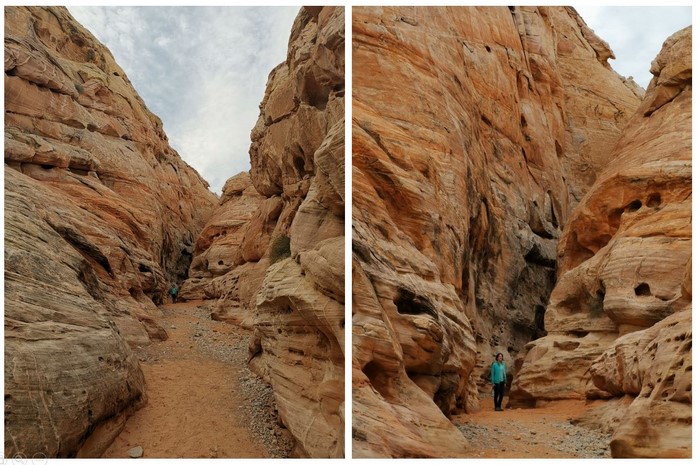 We said a little bit earlier that mobile phone companies, due to the low thickness of today’s gadgets, can not provide much optical zoom and at best,

with the help of the telephoto sensors, they can create two to three-dimensional optical zoom

(in the upper and right illustrations, Huawei’s 20-megapixel zoom with sensor image Normal view on the left).

Huawei has a hands-on innovative design that integrates the sensor into a landscape mode and delivers the light through a system such as a pyroscope to the sensor.

Huawei has thus achieved a magnification of five-diagonal optical and 10-bit hybrid (digital and optical combination) and a 50-digit digital zoom.

These figures have so far been unprecedented in the mobile and mobile industry that P30 Peru’s photos are very satisfying. 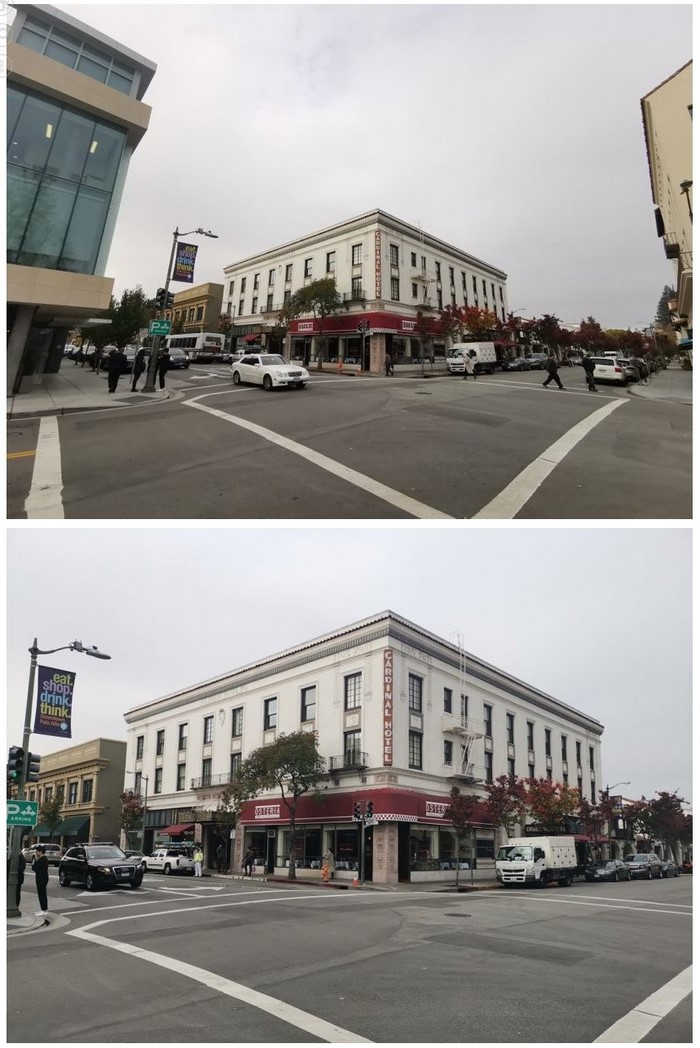 Sometimes it is necessary to keep away from the subject so that we can record a wider picture of what we see. In this case, widescreen lenses will come in handy.

LG is pioneering the use of widescreen lenses on mobile phones, the first to connect with the LG G5’s second Wi-Fi. In the end, ASUS also launched the Zen 5 with a wide-angle lens.

In flagships and some trunks, we also see the use of three sensors, one of these sensors, the main camera and the next camera, and the third camera is telephoto.

Detect the depth and appearance of bokeh and portraiture

The smartphones we have, using two non-cameras can estimate the depth of the objects shown in the image. This process starts from measuring the distance between objects with two cameras.

You can also feel this phenomenon with your own eyes, like a smartphone with a dual camera.

So take your finger against the nose and look at it with one eye. By closing that eye and opening the other eye, you will see your finger motion.

This does not happen if you take your finger farther away from your face.

Estimating the distance between objects and subject caused the portrait mode to be added to smartphones,

In professional cameras, due to the rules of optics and light can be achieved with lens with an open aperture (f-factor) portrait, but in smartphones with small sensors

, this ability is achieved by processing software after taking a photo.

it should be noted that cell phone makers face a number of major issues in portrait photography and Bokeh:

1 The phone can be deceived when measuring depth and blur out parts of the image that should not be blurred;

2 Bokeh’s effect, as stated above, should normally be achieved using the wide open aperture,

3 The third problem is the use of multiple sensors and cameras.

Each of the different cameras has a variety of features, such as shutter speeds,

and field of view and perspective, so these cameras need to be in perfect harmony to avoid problems with image capture. Of course, the only way to measure the depth of objects is not necessarily to use a camera sensor, but, for example, in Huawei P30 Peru, we use the ToF (Time Flight) sensor, which has the function of depth-sensing.

The commonly used camera sensors of the camera phone alone can not detect colors; therefore, arrays of color filters require as much pixels as needed.

Each pixel usually contains one of the RGB colors, the green, the blue and the red. The output of the sensors recorded in a process called Demosaicing turns into a color-readable image.

the presence of a color filter layer and also part of the incoming light.

In other words, the pixel can not detect the entire incoming light; while some smartphones, such as Huawei 10 Pro and P20 Pro, use a monochrome sensor.

Monochrome sensors do not have RGB sensor flaws and can receive full light.

Finally, combining the images of the monochrome sensor with the main sensor gives the image a high degree of detail.

(In the image above,

only the 10-megapixel Huawei camera lets you capture the image and see a slice of the photo; but in the image below, the monochrome and color sensor are integrated together). 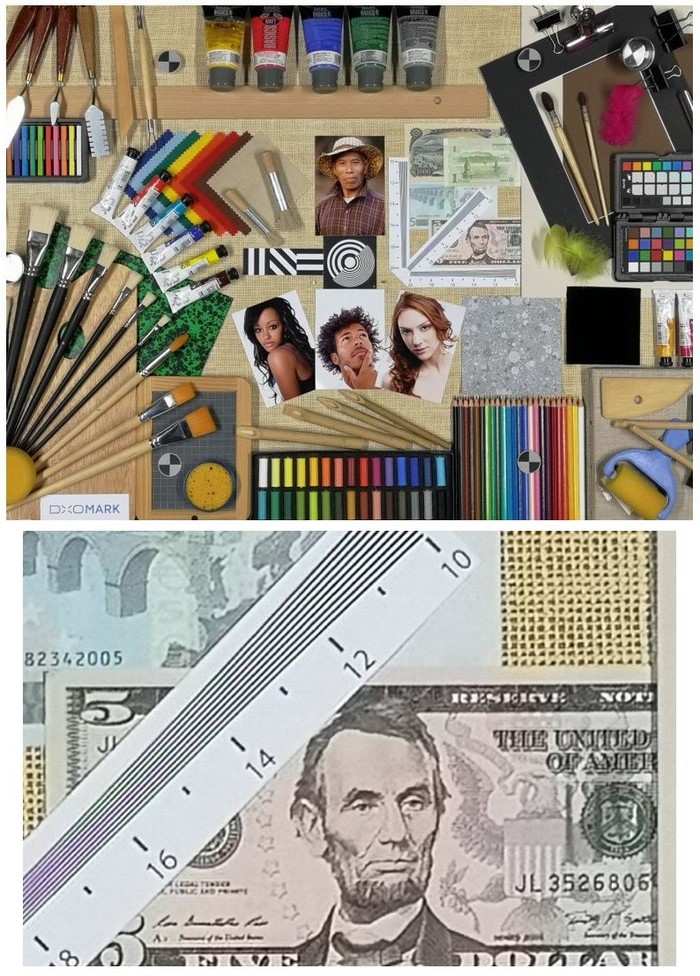 HMD Global, which delivers the brand name of Nokia, introduced Nokia 9 recently. Nokia 9 is the world’s first mobile phone with a five-pixel camera,

and this five-module module comes from partnerships such as Light, FIH Mobile, ZEISS, Google and Qualcomm. The design and functionality of the Nokia N9 is very specific and revolutionary.

The Nokia 9’s camera module is making up of five cameras with a 12 megapixel resolution and a F-1.8 baud rate,

and the three upper and left-right sensors make up the triangle, which is monochrome.

the two lower and middle sensors are color-code. Information about lenses has not yet been releasing. One feature of the Nokia 9 module is the simultaneous operation of all five sensors. In other smartphones,

when the user selects a photographic mode in the camera interface (black and white, and wide-angle photography and optical zoom),

the sensor sends the image to the image processor,

but on Nokia 9 with algorithms and actions, all five cameras Send your information to the image processor.

that have good detail in both dark areas and bright spots.

As we have already said, the use of monochrome sensors makes it 2.9 times more light compared to color sensors.

Eventually, the recording images are recording by the advance algorithms that HMD and ZEISS teams are building.

Another topic that limits the use of more sensors in smartphones is the processing of photos taken.

The greater the number of sensors,

the more processing and the more precise the process is in need, the better the result.

and we can see newer capabilities in the world of mobile photography.

we do not expect smartphone companies to get that much, and we’re seeing more and more mobile phone capability.

Tags: Why do new smartphones have two or more cameras?