“PC gaming” has traditionally meant Windows gaming, but it doesn’t have to. More new games support Mac OS X than ever, and you can play any Windows game on your Mac.

There are many ways you can play those Windows PC games on your Mac. After all, Macs have been standard Intel PCs that come with a different operating system preinstalled since 2006.

Like Linux, Mac OS X has gained more and more PC gaming support over the years. In the old days,

you’d have to look elsewhere for Mac games. When the rare game was ported to Mac,

you’d have to purchase the Mac-only version to run it on your Mac. These days,

many of the games you already own probably have Mac versions available. Some game developers are more cross-platform than others — for example,

all of Valve’s own games on Steam and Blizzard’s games on Battle.net support Mac.

The big digital PC gaming storefronts all have Mac clients. You can install Steam, Origin, Battle.net, and the GOG.com Downloader on your Mac. If you’ve purchased a game and it already supports Mac,

While more games support Mac OS X than ever, many games still don’t. Every game seems to support Windows — we can’t think of a popular Mac-only game, but it’s easy to think of popular Windows-only games.

Boot Camp is the best way to run a Windows-only PC game on your Mac. Macs don’t come with Windows, but you can install Windows on your Mac via Boot Camp and reboot into Windows whenever you want to play these games. This allows you to run Windows games at the same speeds they’d run at on a Windows PC laptop with the same hardware. You won’t have to fiddle with anything — install Windows with Boot Camp and your Windows system will work just like a typical Windows system. 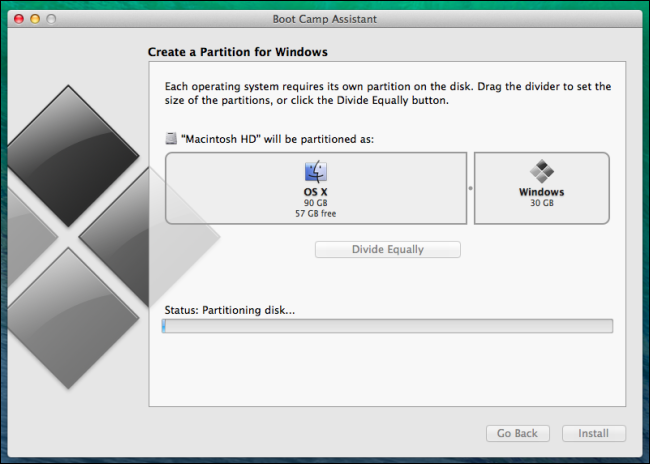 The problem with Boot Camp is that it uses your Mac’s hardware. Macs with slower integrated graphics won’t be able to run demanding PC games well. If your Mac has a small hard drive, you may not be able to install both Windows and a huge game like the 48 GB PC version of Titanfall alongside Mac OS X.

If you already have a Windows PC — ideally a gaming PC with powerful enough graphics hardware, enough CPU power, and a big hard drive — you can use Steam’s in-home streaming feature to stream games running on your Windows PC to your Mac. This allows you to play games on your MacBook and do the heavy-lifting on your PC, so your Mac will stay cool and its battery won’t drain as quickly. You do have to be on the same local network as your Windows gaming PC to stream a game, so this isn’t ideal if you want to play PC games while away from your Windows desktop. There are other ways to play PC games on a Mac, but they have their own problems:

Virtual Machines: Virtual machines are often the ideal way to run Windows desktop applications on your Mac, as you can run them on your Mac desktop. if you have Windows programs you need to use — perhaps a program you need for work — a virtual machine is very convenient. However, virtual machines add overhead. This is a problem when you need your hardware’s maximum performance to run a PC game. Modern virtual machine programs have improved support for 3D graphics, but 3D graphics will still run much more slowly than they would in Boot Camp. Wine: Wine is a compatibility layer that allows you to run Windows software on Mac and Linux. Given that it’s open-source and has no help from Microsoft, it’s amazing it works as well as it does. However, Wine is an incomplete product and is not perfect. Games may fail to run or you may experience bugs when running them under Wine. You may need to do some tweaking to get games working properly, and they may break after Wine updates. Some games — especially newer ones — won’t run no matter what you do.

Wine is ideal only when you’re running one of the few games it properly supports, so you may want to research it ahead of time. Don’t use Wine expecting it to run any Windows program you throw at it without bugs or tweaking. DOSBox: DOSBox is the ideal way to run old DOS applications and games on Windows, Mac OS X, or Linux. DOSBox won’t help you run Windows games at all, but it will allow you to run PC games written for DOS PCs before Windows existed. 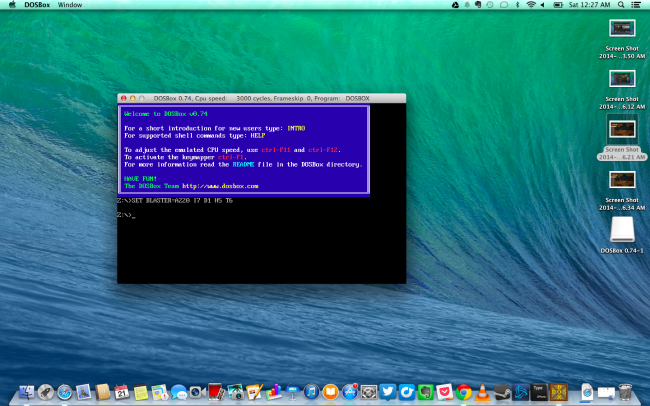 Games are becoming more cross-platform all the time. Valve’s SteamOS helps here, too. Games that run on SteamOS (or Linux, in other words) need to use OpenGL and other cross-platform technologies that will work just as well on a Mac.

Tags: How to Play Windows PC Games on a Mac