People mining cryptocurrency have driven up the price of GPUs. So, if you’re a gamer and you already have a powerful GPU in your gaming PC,

can you really make some extra cash mining cryptocurrency (like Bitcoin) with your PC?

We’re not talking about setting up a dedicated mining rig or getting too technical here. And we’re definitely not recommending you buy hardware just to mine.

We’ve seen reports that anyone with a reasonably powerful GPU can just download easy-to-use software and put that GPU to work, and that’s what we tested.

Editor’s Note: When this article was written, Bitcoin was worth around $9000 USD, and we used an NVIDIA GTX 980 Ti video card for mining.

Your results will vary greatly based on your hardware and the price of cryptocurrency at that very moment.

How Does Mining Work?

If you’re not familiar with mining, here’s how it works. The software basically maxes out your GPU’s resources doing work. This makes your GPU use more electricity than it would normally use when idle, which in turn increases your electric bill.

It also generates additional heat, so you’ll need to ensure that your PC is properly cooled. Technically, mining involves solving mathematical equations for the blockchain.

You probably aren’t gaming 24/7 (everyone needs to sleep sometimes!), so the cryptocurrency miner software can put that GPU power to work when you aren’t using it.

You will have to stop the mining software when you want to use your GPU for gaming, but that’s easy enough if you’re making money while it’s not being used, right?

NiceHash provides easy software that allows you to sell your GPU’s “hashing power.” You create a NiceHash account, download the graphical NiceHash miner software, and click a few buttons. This makes you a “seller” of processing power.

“Buyers” of processing power place orders on the NiceHash marketplace, and the NiceHash software on your computer automatically works on the most profitable orders.

You’ll be part of a large mining pool mining altcoins for someone. NiceHash pays you in Bitcoin.

NiceHash is easy to use, and any gamer can do some mining just by installing and running a graphical application. But is it worth it?

How Much Money Can You Actually Make?

The real question is just how profitable this mining is. NiceHash offers a Profitability calculator page that told me I could be making about $70 a month after electricity costs with my NVIDIA GTX 980 TI hardware and $0.10 USD/kWh electricity prices.

However, this is an estimate based on earnings over the previous month.

You will make more money if you have a faster GPU, as it can do more work. However, if you have to pay more for electricity, that will cut into your profits.

NiceHash’s profitability calculator made it sound pretty good, so I installed the NiceHash software and let it work for a day.

I was disappointed by the earnings, which were predicted to be somewhere between $1.50 and $2 a day—and that’s before electricity costs. That’s also assuming I ran NiceHash twenty-four hours a day. I plugged my PC into a Kill-a-Watt and measured its electricity usage. The PC used about 65 watts of power at idle, and could use around 300 watts while mining.

So, to convert watts into kWh per day and then see how much that costs at $0.10 per kWh, we perform the following math:

In other words, assuming I keep my PC running all day mining, it costs me $0.72 in electricity. At an average of $1.75 received from the mining, I might make a dollar a day after electrical costs.

We can quibble about this math—maybe the PC would be running all day anyway, so you’re only looking at another 235 watts of power, for example—but that won’t change things too much.

That’s a very small amount of profit for all the heat generated and possible wear on my computer’s components, so I will not be mining with NiceHash on my PC. 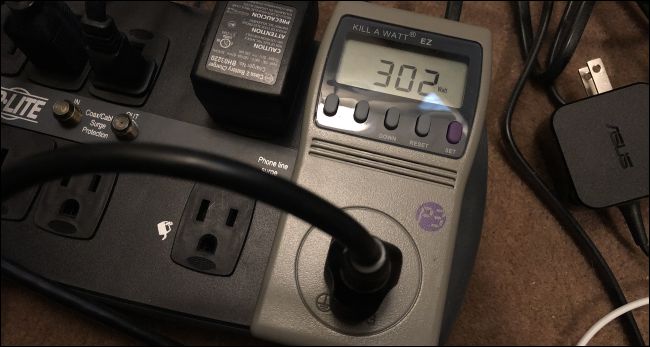 The NiceHash calculator is a little misleading because it trumpets the previous month’s numbers, but it does seem to be accurate—if you look closer.

If you actually look at the numbers, Nicehash says that I would have made $1.43 of profit over the last one day, which is about what I saw. That’s consistent with the average profits shown over the last week, too.

So, when you use the NiceHash profitability calculator,

look at the “1 Day” information rather than dwelling on the optimistic “1 Month” figure that NiceHash pushes. The returns from mining with a consumer graphics card are clearly decreasing.

In my experience, you’re not going to make a noticeable amount of money from mining, even with a fairly high end graphics card. You might make more money if you have a newer, faster graphics card, but definitely don’t buy a graphics card just to mine cryptocurrency.

How to Try It Yourself

If you want to mess with NiceHash yourself and see how your hardware performs, you can easily do so. Just head to NiceHash.com and register a new account. You’ll be a “seller,” as you’re selling your computing power.

After creating an account, download the NiceHash miner software and install it on your PC. Fire it up, enter the email address associated with your NiceHash account, and then allow it to perform some benchmarks.

Once it’s all ready to go, you can click “Start” to start mining, and “Stop” to stop mining when you want to use your GPU for something else.

At the bottom right corner of the window, there’s a “Fan Control” button. Click it to make your GPU’s fan run at maximum speed if you need the cooling. Be sure to monitor your GPU’s temperature so it doesn’t overheat.

Everything happens automatically while mining. You’ll see a Command Prompt window with information about what’s going on, but you can just ignore it.

Remember, while NiceHash does show your earnings as USD, they’re actually paying you in Bitcoin.

Note that there are service and withdrawal fees for getting the Bitcoin out of the NiceHash miner into the NiceHash wallet or an external Bitcoin wallet.

You will also incur additional transaction fees if you want to sell Bitcoin and convert it to USD to another currency. And of course, all those fees will also cut into your profits.