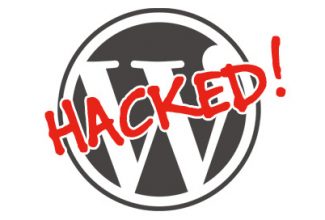 WordPress is a powerful and popular content management system that is highly influenced by hackers. In this tutorial we will look at the signs of WordPress hacking and how to find hackers.

The core of WordPress is reasonably secure, but due to webmasters errors in how to install or configure WordPress, it will cause unwanted security problems, which will open the door to hacker intrusion into WordPress sites.

If you as a webmaster are aware of WordPress security enhancement techniques you can greatly improve the security of your site.

We have prepared this tutorial for users who have asked us to tell them how to find WordPress hacking tips so that they can check their site and secure it quickly if it is hacked.

We recently looked at a lot of websites that had one factor in common – indexing pages that the webmaster was completely unaware of, pages created in English, and a lot of them on Google. 1- Front page of the site

Another sign of WordPress hacking is switching the front page of the site to another one where the hacker sends his message to the site.

One of the most important signs of WordPress hacking is the presence of suspicious accounts in the WordPress users section.

If you log in to users of such sites you will find a username that you were not aware of, and most notably the level of access to these accounts is the general manager.

Another sign of hacked site infection is WordPress templates, after the hacker tries to gain permanent access to your site, usually the most important files infected by the hacker and some hidden php code. It gets index.php, header.php, footer.php and most importantly functions.php. Functions.php file is a sitewide file executed in all requests, allowing the hacker to call and penetrate the file at any time.

Some hackers are looking for a target for their site penetration, some of them wanting to infiltrate their high-traffic sites to get their ads and traffic to their site, may be popping up ads on these sites. Get suspicious that their destination is unknown.

5. No login to WordPress counter

One of the first signs of WordPress hacking is not logging in to the WordPress counter, this is a bit of a technical discussion but I will try to explain it briefly as the hacker tries to hack into another site hosted on the server through the server. Influence.

The first thing a hacker does is find WordPress sites, then try to read the contents of the wp-config.php file,

if you Trying to enter the counter You will be faced with a mismatch of the information entered.

So one way to prevent WordPress hacking is to increase WordPress security with the .htaccess file. To block hacker access to the config file.

Send lots of emails from the site

A bunch of hackers try to use the infected site to send spam emails after they get into the site,

if you are a server administrator you will definitely get messages that your server is sending numerous messages,

if you also check the server logs You will get suspicious messages with suspicious source and destination.

Anonymous files and scripts on the site

If the sucuri plug-in is used on these sites, you will see a message that the site was infected,

and the hacker inserted malicious files and code into the site that infects the WordPress core and sends your site to the destruction sites.

One of the hackers’ htaccess file. Hackers try to redirect users to the site to steal your site traffic and reduce your site’s reputation.

Intrusion into the database

Some hackers have gone beyond the usual ways of hacking WordPress and trying to gain control over the site by creating separate tabs on the site. To fix this, you need to carefully examine the site templates and find suspicious and trustworthy items. Delete.

2- Slowing down the site

Another sign of WordPress hacking is slowing down the site and increasing site load time,

or hacking or placing infected code on the site increases the number of site rows and slows down the site.

Increase the number of notfound Errors

With the increase in suspicious links index on the site, there will be crashes on these sites indicating

that there are no register links from Google,

which can be seen by going to Google Webmaster and the crawl section.

How helpful was the training for you?
Tags: WordPress Hacking Tips and How to Find Hacker Access