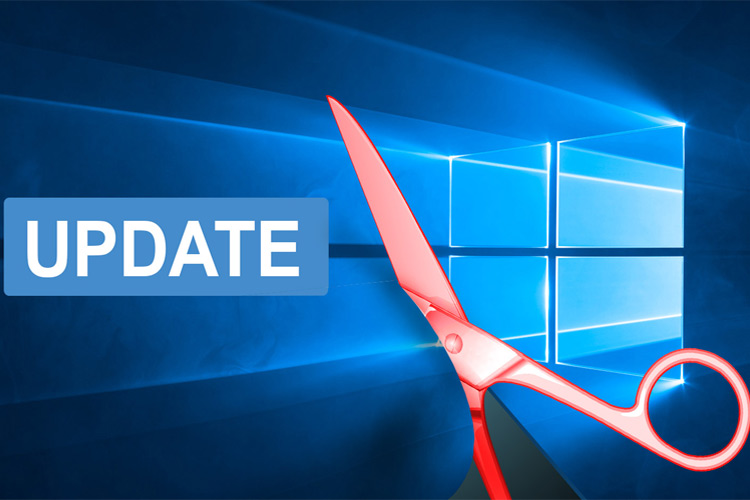 Preventing Windows Updates, especially in the latest version of the operating system, which is more like a service than traditional software, could have bad consequences.

Unfortunately, many users do not update their operating system for some reason or even stop it from updating it.

In the following, we’ll look at why we can prevent Windows updates from working.

The myth of a lot of Windows 10 updates

Not updating Windows in order to save on Internet traffic is one of the reasons that may be unique to Iranian users.

Microsoft’s goal for Windows 10 updates is to improve performance and increase the security of the operating system, not the user traffic.

In general, the monthly and daily updates of Windows 10 are less than the one-day usage of most users on Instagram.

Meanwhile, the average consumption of Iranian users in recent years has increased dramatically due to the use of streaming video services and the cost of Internet traffic has declined, it seems that the idea that Windows update will provide a high volume of monthly traffic will continue to The voluminous and expensive Internet era remains in the minds of Iranian users.

In the following, you will see the volume of the latest updates for Windows 10.

Under certain circumstances, the volume of monthly updates for Windows will eventually reach 500 MB. On the other hand, some other users might stop updating Windows due to the fear of automatic Windows reset after the update.

As noted above, the core nature of Windows 10 is similar to a service, which adds new features to each update, and bugs are also resolved.

Microsoft’s partners and OEMs will update their Windows 10 drivers on the first day of Windows 10 to ensure they have the correct functionality of their products, thus preventing Windows upgrades by upgrading their functionality.

Microsoft, on the other hand, updates the Windows Defender program every day, with each of these daily updates lasting between 5 and 10 megabytes.

If access to daily updates is not possible, the computer will be exposed to security risks.

For example, after a Windows-based Vanakira ransom attack, Microsoft quickly released an update to stop the malware from running.

But unfortunately, users who prevented Windows from updating failed to receive this critical security package. In the screenshot above, there is an update history for Windows 10 that includes updates for the operating system itself and hardware drivers.

Some users, while not using unusual methods, do not stop updating Windows 10, but install updates manually instead.

The risk of this is less than preventing updates from being unusual. The Windows Update section should always be in auto mode.

Use Delivery Optimization in Windows 10 to save volume

Windows 10 has a very functional feature called Delivery Optimization. The functionality of this feature is that a computer receives an update, and it shares the computers on the internal network and even the Internet, so that the download speed is increased.

If you use multiple Windows 10-based devices at your home or office and are worried about the traffic of these devices by updating, by activating this feature, only one of the systems will receive updates and share it with other Windows devices. . On the Delivery Optimization page, there are two main options.

PCs on my local network: Allows you to share updates between the internal network

PCs on my local network, and PCs on the Internet: Allows the user to share updates between the internal network and the Internet. (Option 2 has a function similar to that of a torrent).

How to update Windows Update?

Unfortunately, there is no single solution to this as it may be used in a variety of ways to avoid Windows updates.

If the following method is not working for you, there is no other way than reinstalling Windows to solve the problem.

Download the Windows Update rescue script from the Microsoft site.

After downloading the file, unzip it and then run Run as administrator.

After running, press Y to confirm the process. Then select the second option, Resets the Windows Update Components, and press the Enter button.

Wait until the Windows Update Reset operation is completed. As noted, in some cases, such as global runaway releases, the operating system should be updated as soon as possible for the drama.

The cost of removing personal information in such cases is much more expensive than the cost of Internet traffic.

Tags: Why Should`nT We Prevent Windows from Upgrading? Do Not Disable Windows Updates!