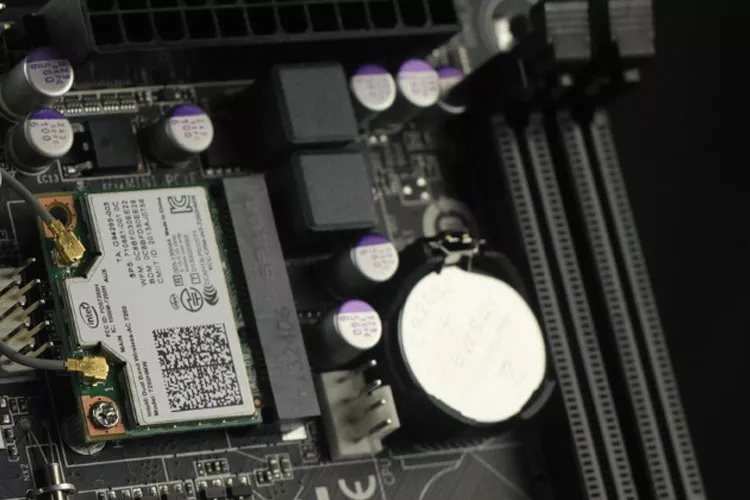 The laptop motherboard and desktop computer are equipped with a battery that performs a variety of tasks in both old and new models.

If you are using desktop computers or older laptops, your motherboard is equip with a built-in battery, which, unlike regular batteries, does not power the device. This battery is known as CMOS and works only when the computer is turned off. we describe the motherboard’s battery usage and provide information on the CMOS battery life and when to replace it.

What is a CMOS battery?

The term CMOS stands for Complementary Metal-Oxide- Semiconductor . In the early days of the birth of personal computers, there was a kind of RAM called CMOS RAM that stored BIOS settings. The said RAM requires a battery; otherwise, when the PC is turn off, the data disappears.

Modern computers do not use CMOS RAM; they store BIOS settings in a longer-lived memory and therefore do not require constant power supply for storage. UEFI motherboards store settings in flash memory or on a computer’s hard drive, so you won’t need a battery in these systems, but you’ll still see it.

The concept of UEFI, or Unify Extensible Firmware Interface, was introduce to replace BIOS, an industry standard adopt by chip makers such as AMD and Intel , with Microsoft and PC makers present. UEFI somehow improves the BIOS. The life of the BIOS goes back to the eighties and early years of the birth of IBM- based PCs and has many limitations. UEFI eliminates past restrictions. For example, UEFI can support drives up to 2.5 terabytes or larger. In addition, 1 and 2-bit and Secure Boot modes are also possible with UEFI.

Secure Boot is a process that secures the PC in the early stages and layers. This layer of security ensures that malware does not exploit the computer startup process. At the security stage, all executed code is checked to have a valid security signature. Other features of UEFI include selective booting and overclocking and modification of many dedicated motherboard settings.

What is a BIOS?

Older computers use BIOS instead of UEFI. BIOS stands for Basic Input / Output System, which is stored on a chip on a computer’s motherboard. When the computer is loaded, the BIOS starts and after running the internal test, the computer hardware is initialized. The system is then transferred to the bootloader, which is generally in the storage drive. Of course, the bootloader can also be run from an optical disk or USB storage. The bootloader is responsible for loading the operating system of a computer ( Windows , Linux , Mac, etc.). The BIOS is responsible for low-level system tasks, and the user can change its settings by pressing a button during system loading. The BIOS settings page allows the user to change the low-level settings of the computer’s hardware. These settings depend on the manufacturer and brand of the motherboard; however, some settings are common. Changeable settings in the BIOS can be set to boot, which changes the priority of the computer when it comes to storage devices connected to the bootloader. It should be noted that Intel replaces the BIOS with the UEFI in all of its chipsets.

Why does the motherboard need battery?

If today’s computers store BIOS settings in more stable memory, why is battery life still using in motherboards? The answer is clear: Motherboards still have a part called Real Time Clock (RTC). Computers turn on and off, save time like a quartz clock; therefore, it will be use to store clock information. When the computer is turned off, the battery provides the necessary power for the live clock.

When to replace the motherboard battery?

None of the batteries last a lifetime and will need replacement anyway. CMOS batteries are also limited in life and generally do not last more than 5 years. Normal use of the computer extends battery life, but computers that are more power-off time use more battery power. If the battery life of the old computer runs out, you will get the following error messages: The last error message in the list above will be somewhat misleading to the user, but there is a simple explanation for it. When there is no battery available to power the BIOS, the motherboard does not remember the processor already in the system; therefore, the motherboard recognizes the CPU as a new piece of hardware.

In more modern computers that store information in more stable memory, the computer will probably load well after the end of its battery life, but it may not be able to accurately calculate the time. In such a situation, numerous problems with connecting and even getting software updates occur and action must be taken to fix the problem.

How to replace CMOS battery?

Tags: Why is a computer motherboard equipped with a battery?