The two words are similar in appearance, but quite different, which, incidentally, all of us are somehow dealing with it. Whether you are technology or not, understanding the meaning of these two terms is absolutely necessary for you, and in this tutorial, we’re going to tell you what UI and UX differences are, and what UI and UX designers do each one.

What UI and UX mean?

The UI is the abbreviated UI of the User Interface. In Persian, the term UI, user view, or user interface is usually used for it.

In short, let’s say, the interface includes all the visual elements and things we see and when dealing with a website or software we encounter it.

A user interface works with various visual effects and methods to deliver content and tools to the user.

Each system interface must be designed in such a way as to capture and satisfy the user in the most optimal way.

The provided control tools, buttons and links, as well as the elegantly designed environment, all relate to the UI or UI.

An interface designer must have the ability to work with graphic software such as Photoshop to design a cool site!

In contrast, there is another concept called UX,

which is summarized as a User Experience, and is equivalent to user experience.

User experience is all emotion and emotion that is said to be created when working with a system.

Without any doubt, the design of a site is affecting the user’s sense of satisfaction or confusion; but the user experience in the user profile is not summarized and much wider.

In fact, the UX contains all the feedback and user interactions with a service that we will tell various factors.

Perhaps it’s possible that a user interface designer will work on topics that a user will be directed to where they are going to visit the site or application,

and what they will show, and what the site’s goals are for the user to login to.

What is the difference between UI and UX in site design? 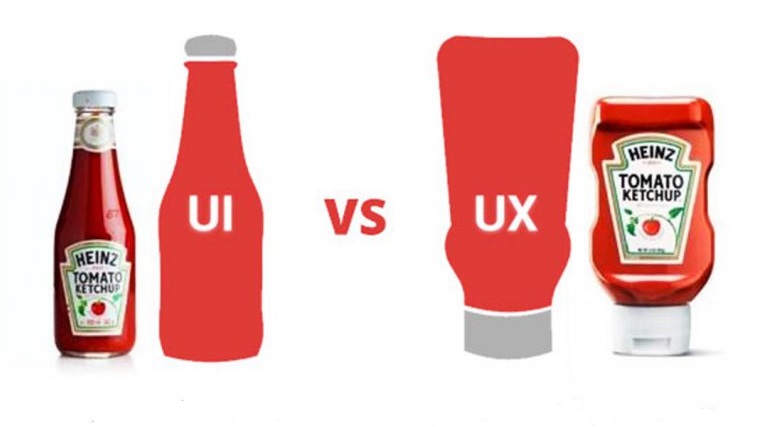 we want to consider what the difference between UI and UX is. It can be said that the UI only works with a small UX. It’s kind of a UX subset.

The user experience designer, even after the end of the design,

constantly examines the user’s behavior and tests methods to improve the user experience in dealing with the product or service that the site delivers,

and the same reviews improve the UI in the next updates of the site or product.

In the UX design, we need to look at the psychological concepts,

how easy it is for the user to use our site, for example, the complete purchase process is clear.

In the design of the UI, using tools such as image and video and diagrams,

it tries to create a good sense of the site’s audience at first glance and the site has an appealing look.

UI designer and user experience designer (UX) are both essential for a good,

user-friendly design and should work together.

From the founder of foster.fm, the difference in UI and UX says:

User interface design and design The user experience is one of the most important parts of the design of the site and most people use these two concepts incorrectly.

A UX user interface (UI) is like a painter who, without any idea and thought, takes his pen to the canvas.

In general, he said:

What looks great, but working with it is a good UI and UX is weak,

and on the contrary, it’s easy to work with, looks good, has a good UX and has a weak UI.

Tags: What is the difference between UI and UX in site design?