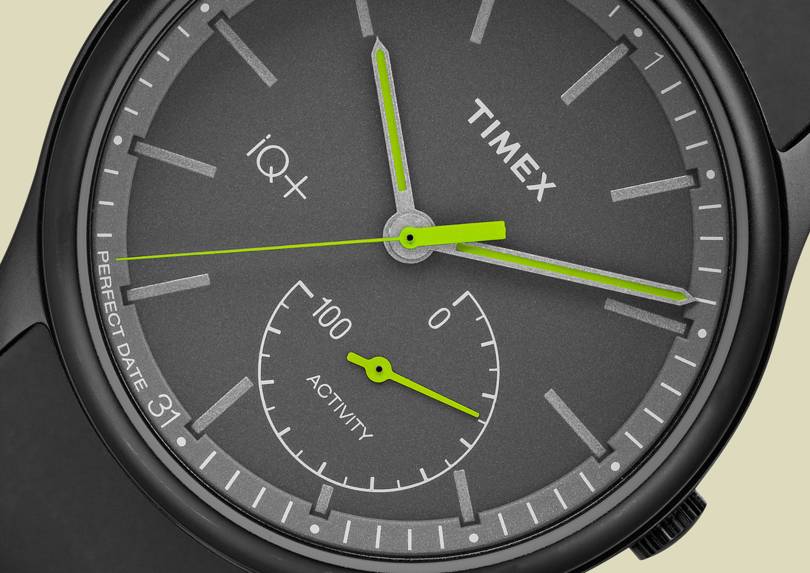 ou probably want a smartwatch more than you need one. However, they track your activity, open up a new world of apps and stop you needing to dig phone out of pocket every time you receive a message.

And with Apple now on its fourth iteration of the Apple Watch, and Google continuing to fine-tune its Wear OS, they’re getting better all the time.

WIRED Recommends: The best gadgets and gear in 2018

With a bigger screen, revamped design, better performance, improved sensors, fall detection and ECG capability, the Series 4 represents the biggest overhaul the Apple Watch has seen since the first iteration in 2015. And it’s been done exceedingly well.

Sizes have been bumped up from 38mm and 42mm to 40mm and 44mm (though the 4 is a shade thinner), and WIRED would still go for the smaller option – especially as now the OLED screen takes up more real estate and has dynamic refresh rates that switch from 60Hz to 30Hz when necessary. This means the battery is still as good as it always was on the Apple Watch.

The other main improvement in the Apple Watch Series 4 is that call quality and connection stability has been drastically improved, thanks to a black ceramic and sapphire crystal back. With the 3 there was always the chance that a call made through the watch itself would end before you wanted it to, but no more. Also, the repositioning of the mic and a speaker that is 50 per cent louder makes for much better call quality in general.

Boosted health functions including fall detection, faster heart-rate readings due to a new Digital Crown and the possibility of recording your own ECG readings in the future round off a smartwatch package that is hard to best.

WIRED RECOMMENDS: APPLE WATCH SERIES 4
After the refresh, the new version is even harder to beat
Price: From £399 | Check price on Apple.com

One issue of Wear OS watches is they tend to all feel quite familiar. But that lets a newcomer like Ticwatch swoop in and make a cheaper alternative to the big names without obvious compromise.

The Ticwatch E costs £145 but has the features of a watch twice the price. These include an OLED screen, GPS, an HR sensor and water resistance. Even battery life matches up to the better Wear OS watches at around 1.5 days, or two if the watch is hardly used.

Its bezel is polycarbonate plastic rather than steel or aluminium, but this is the best way to try out a Wear smartwatch on a budget. Just be careful if buying from an importer website: you may get stung with customs charges.

The Versa is Fitbit’s latest attempt at a smartwatch. It is similar to the Fitbit Ionic, but lacks GPS and has a much more friendly, smoothed-off design.

Losing GPS also let Fitbit cut the price to £200, giving it a wider appeal. And if you take your phone out for a run, the Versa can “borrow” its GPS signal for full tracking.

As it runs a relatively new platform with a small fan base, the Versa apps selection is limited. However, with a three- to four-day battery life it needs much less upkeep than an Apple or Wear watch.

It’s a great watch for the basics: notifications, fitness tracking, music control and, in the UK, wireless payments. There’s a Philips Hue app, too, enabling smart light control from your wrist. What’s more, the 50-metre water resistance lets you wear the Versa in the shower and swimming pool, too.

Since the new dawn of smartwatches, Samsung has rejected Wear OS and used its own Tizen OS software instead. It tried this with phones. It didn’t work out too well. However, the Samsung Gear S3 (£250) proves in some ways it’s actually better than Google’s effort.

The interface is built around the watch’s round face and its rotating bezel, for a tactile intuitiveness Wear watches can’t match. Battery life is also miles better than that of any Wear device, lasting for 3-4 days rather than one.

Thanks in part to Samsung’s cavernously deep pockets, there are also several great apps for Tizen OS, including Runkeeper. If you want to try dozens upon dozens of smartwatch apps, you’ll be better off with an Apple Watch or Wear OS band. Having tried most of the big hitters, we can tell you you’re not missing that much, though.

Can a Garmin watch really be a smartwatch? The Forerunner 935 (£430) is built for athletes rather than people who want to buy a latte with a swipe of their wrist gear.

However, it does deliver notifications, music control, weather reports and a smattering of apps through the Connect IQ app store. Most of these are sport-related, but there are a few games and little digital utilities too.

Lo-fi smarts and ultra-low display power consumption also mean the Forerunner 935 lasts up to two weeks off a charge, rather than 20 hours.

There’s not much point in buying one of these if you’re not in for its fitness smarts, though. GPS, an altimeter and a good HR sensor add up to a fantastic runner’s or cyclist’s watch. Those who’d prefer a flashier, if slightly bulkier, design should also consider the Garmin Fenix 5.

There is no perfect Wear OS watch. However, the Huawei Watch 2 (£200) is perhaps the most complete-feeling model currently on sale.

It has GPS for sport tracking, respectable two-day battery life and a 24/7 heart rate monitor on the back. There is the option of 4G for those willing to pay more, and the OLED screen is a great display to show off Wear OS.

As a box-ticking exercise the Huawei Watch 2 is a hit. However, its design is infuriating. Huawei’s original W1 Wear watch remains one of the best-looking smartwatches made to date, but this one is rather plain and boring-looking. Huawei traded a sharp-looking stainless steel bezel for a thicker, anonymous surround plastered with numbers.

Those not bothered about run tracking should also consider the original Huawei W1, now available at around half the price.

WHAT IS WEAR OS?
Other than Apple and Samsung watches, pretty much any other smartwatch will run Google’s Wear OS software. Google Assistant integration is one of the best features, and being Google there is great support for apps. But it loses marks for a fiddly interface.

SAMSUNG TIZEN
In typically stubborn style, Samsung doesn’t use Wear OS on its Gear smartwatches. But, surprisingly, Samsung Tizen is actually very good. There aren’t as many apps as on Wear OS, but fitness tracking features are great and the overall design is easier to use.

Stretching the definition of what constitutes a smartwatch, the Timex IQ+ Move (£125) looks and behaves just like a normal analogue watch much of the time. It has physical hands, no screen and wouldn’t know what to do with a notification if it was sent one.

However, it will track your steps and monitor your sleep, sync’ing the data with a phone app when you long-press the crown. There’s a dedicated dial to show your distance or step count progress: you choose.

Unlike the Nokia Steel, you can see its face at night, too. Hidden LEDs behind the watch face glow at the press of a button.

These minimal smarts won’t be enough for everyone, but do let the Timex IQ+ Move’s battery last for up to a year. The watch needs to be opened up to replace it, but it uses a standard watch cell. You might want to get a pro to change the battery and avoid spoiling the 50M water-resistant seal.

Everyone knows Fitbit as a maker of pedometer bands that are only smart in a very limited sense. The Fitbit Ionic (£240) is its first attempt at a full smartwatch, introducing Fitbit’s own app store and watch OS.

Buying an Ionic as a pure smartwatch is an act of faith, though, as right now there are barely any apps. And getting devs excited about making them will depend on a growing audience. It’s a tech chicken and egg scenario.

The faithful will be rewarded with excellent four-day battery life, a very bright, sharp screen and GPS for accurate run and cycle tracking.

Its severe rectangular design won’t appeal to all eyes as much as the Apple Watch’s smoother lines. But you can be the judge on that front.

In previous years, Garmin’s Vivoactive watches were square-looking things, metaphorically and literally, that were a smaller, lower-cost choice next to its top-end models. The Garmin Vivoactive 3 (£240) looks like a smartwatch, with a drastically improved style.

It has a round face with a smart, aluminium surround and a touchscreen. Garmin’s top-end watches use buttons because you’re much less likely to accidentally press them and disastrously stop tracking a marathon two hours in.

In reality this is a very minor issue, and the Vivoactive 3 is light, comfortable and lasts for up to a week between charges. Or 3-4 days with some daily GPS tracking.