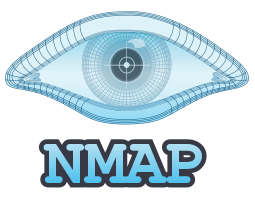 In this session, we will teach how to install nmap on Linux, one of the most important tasks of a server administrator or security expert is to check the security of the server or network on a regular basis.

There are numerous tools available for testing and security that make it easy for professionals in the field. One of the best tools available completely free for both Linux and Windows users is nmap.

By installing nmap you can easily analyze and validate your server or internal network with different methods such as Xmas, Ack sweep, FIN, Reverse ident, TCP syn, TCP connect, Null Scan and networking. Security helps and intruders to break into vulnerable areas, so it is your job to identify and fix the weaknesses of your system before any event occurs.

Learn how to install nmap on centos Linux step by step

if you are unfamiliar with how to connect to ssh be sure to read the tutorial on what we have put in place.

2- At this point you should have some familiarity with Linux commands,

if you have any questions regarding the following commands you can use the most comprehensive Linux instruction on the site,

now install nmap on centos by following command we do.

During installation you will be prompt for the installation permission, which will be completely doing by tapping the nmap button on centos.

Simply install one of the most powerful security tools on Linux, now you can see the current version of nmap install on your Linux.

If you are unfamiliar with how to work with nmap on Linux,

we always recommend that you use man every command to get acquainted with it,

nmap has many syntax and switches that will be mastered with great practice.

First, update the Ubuntu update repository by following the command.

You can now install the latest version of nmap in the Ubuntu repository.

Now you can enter the following command to test the validity of installing nmap.

Finished tutorial on installing nmap on centos and ubuntu,

its source you can go to nmap official site .

How helpful was the training for you?
Tags: Nmap tutorial on centos and ubuntu Linux