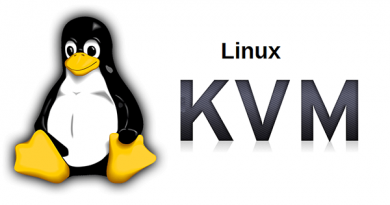 In this session, we will discuss server virtualization and familiarize you with the kvm tutorial on Linux. Virtual machines have different types, each with positive and negative features.

According to experience, the majority of virtual machines used in Iranian hosting are Vmware Esxi type and a significant portion is dedicated to kvm.

Kvm stands for kernel-based virtual machine, meaning the kernel-level virtualiser provides completely dedicated resources with a completely separate kernel. Most people who are interested in using kvm’s virtual server services are mainly those whose financial sector is less important than quality because the resources allocated to these types of virtual servers will give customers much higher quality and Because of the limited number of virtual servers offered by esxi, the cost of these services will be much higher.

The kvm virtualization machine can be installed on Linux and, like vmware esxi, is not able to operate as a standalone platform and another disadvantage is the lack of a graphical environment for controlling users and virtual servers. Solved.

And another important point in this virtualization is the lack of oversell controversy, some hosting providers and virtualization providers are creating unprofitable virtual servers on a dedicated server to maximize profits. The hardware resources are on the server, which greatly reduces the quality of the servers.

Before installing kvm you need to make sure you have it installed on your Linux, this virtualizer can only be installed on the cpu of the Intel VT-x and AMD-V family, so you can test your hardware in Bash.

If the output shown to you was 0, your cpu server does not support installing this virtual machine.

After making sure the server hardware is supported, you can install kvm on Ubuntu by the following command, just note that this command will be executable with the Root user level.

Of course, users of the libvirtd group can also run the kvm installation command, with the following command you can add a user to this group.

To run kvm, you can search for the term Virtual Machine Manager in the repository and open the application. You can create a virtual machine on the server by selecting Create New Virtual Machine. In a few steps you can build a virtual server on kvm,

in steps 1 and 2 you must first determine the installation method, custom name, and initial settings for building your Vm.

If you’ve previously worked with virtual machine building software such as virtualboxes,

it’s easy for you and the process is almost the same. At this point you need to specify the amount of RAM and the number of cpu cores,

to select more than 2GB of RAM, your Linux server must have a 64-bit architecture. The process of Ip kvm addressing is Bridge, which is definitely a problem for you,

when trying to apply a standalone IP to each of your servers,

access from outside the network will be difficult. Take the Bridge out.

To fix this, easily set up the network in Nat mode and save the changes,

you can also install or turn off the OS from the Virtual Machine Dashboard.

The kvm virtual machine can also be easily install and distribute in the centos distribution. Just follow the steps below to install it.

First we update the centos repository.

Then we will automatically install kvm on centos Linux with the following command.

If you want to do business, be sure to get a low-cost virtualizor license,

and if you don’t want to pay for it, you can install a free admin panel below.

How helpful was the training for you?
Tags: Kvm training and virtual machine build in Ubuntu and centos