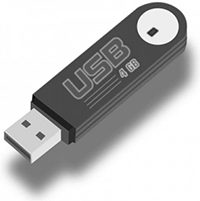 Installing Linux on Flash Memory: Carrying Linux in your pocket

In this article, we will teach you how to install Linux on flash memory  completely.

Do you want us to teach you a way to always have Linux in your pocket and use it at any time ?!

Linux is an open source, free, and highly secure system that expects incredible performance and usability.

Like Windows, Linux can be installed on the hard drive, but since in many cases a Windows user does not need to install Linux on his hard drive, he can use Linux on the flash to use it live and fast.

In this case, you only need a flash memory and a computer to read the information in the flash.

Benefits of installing Linux on Flash

One of the most important and unique applications of Linux is penetration testing and security vulnerabilities.

Linux has many versions for different tasks. For example, Kali Linux Distribution is a branch of Linux edited by security professionals that has incredibly powerful tools for detecting system vulnerabilities.

So what if we could install this powerful version on a flash drive? We are definitely equipped with an incredibly powerful software gun that fits in our pocket and we can use it at any time just by connecting it to a computer.

So what if there was no ability to install Linux on flash memory?

You have had to do a long and time-consuming installation to use Linux in different situations. In addition, sometimes you need to let no one know about your test, but if it is installed on a hard drive, it will definitely not be covered. Remained.

So if we want to examine the methods of using Linux in general, we must say that you have 3 ways ahead.  First, install Linux on the hard drive next to Windows, in which case we recommend that you do a study on Linux partitioning.

Because we have seen a lot that by installing Linux next to Windows,

the existing information on the hard drive has been completely deleted and has created many problems for the user.

In the second method, you can install Linux on your virtualizer. For this, you have two powerful programs for virtualization, the first vmware workstation and the second virtual box. Well, the question that may arise for you is what exactly do these two programs do?

These two programs are free and open source and the latter are premium and paid,

but their performance is exactly the same. These programs work in such a way that you install one of them on your Windows operating system

and with this program and having a Linux iso file You can run it simultaneously with Windows without installing it on the main hard drive.

Installing Linux on a vmware workstation is one of the most popular ways to use Linux, with almost no risk of installation, and you can use it whenever you need to, and then close the program and exit.

You can also have Linux permanently with your Windows and use it if needed.

But the last method that we will discuss in this article is to install Linux on flash memory. At the beginning of the article, we discussed the positive points of using Linux by flash memory.

But I would like to add one more point that when you install Linux on the flash, at any time,

in addition to using Linux without installation, you can install Linux on the system permanently through the same flash memory,

if necessary, ie Great dual-use backup that eliminates the need for a dvd installation.

Isn’t this great in your opinion ?! We also recommend the third method, which is to run Linux with flash memory without the need for installation.

Steps to install Linux on Flash

To install Linux on Flash, you will only need a computer + a cheap flash number of 20 to 30 thousand Tomans + Linux iso file + LinuxLive USB Creator program.

Step 1 : The procedure is that you must first download this free program on your Windows through the official linuxliveusb website . This program will work well on Windows and Mac.

This program is very light with a volume of less than 10 MB and it takes about 30 seconds to install, and it has the ability to read the Linux installation file from your system hard drive, from a cd or dvd, as well as the interesting ability to download simultaneously.

You select your desired distribution and the program first downloads your Linux from valid repositories and then allows you to install Linux on Flash.

Step 2 : Well, now that LinuxLive USB Creator is installing and open, we will install Linux on the flash. Well, first connect the flash to your system and place the Linux iso file in the right place.

Step 3 : Then select the flash memory you want from the CHOOSE YOUR KEY section, make sure that several flashes are not connected to the system at the same time, because the possibility of making a mistake increases and the information on that flash may be lost due to your wrong choice.

Step 4 : In the CHOOSE A SOURCE section, we have to give the Linux installation file to the program. Considering that we have already downloaded the Linux iso, we use the ISO / IMG / ZIP option and select the file path.

Now, depending on the power of your computer hardware,

Note: If your personal computer operating system is Linux and you want to install Linux on Flash through it,

you can use the startup disk creator program that is installed by default on Ubuntu.

If this tool is not going install on your Linux, you can use the Linux command tutorial to install.

How useful was the training for you?