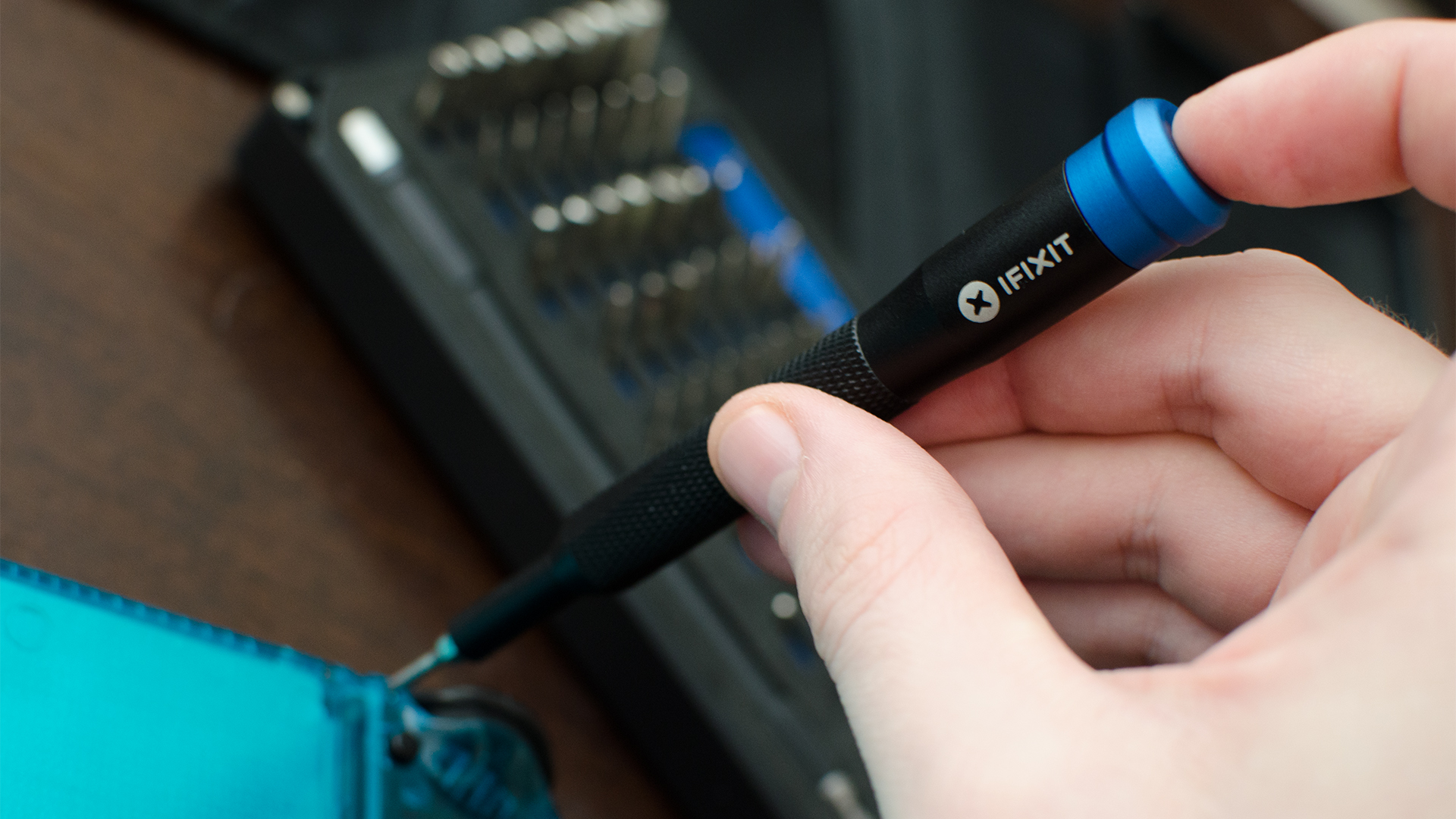 Getting your first toolkit is a rite of passage when you become an adult.

most standard home toolkits don’t come with the kind of specialty pieces you need when you want to repair modern electronics.

the iFixit Pro Tech Toolkit has virtually every tool you’ll ever need.

Unlike a standard home repair toolkit,

iFixit specializes in kits to repair electronics. The company has an extensive catalog of detailed repair guides for smartphones, tablets, game consoles,

and tons more. Each guide specifies how hard it is to do the repair and what tools you’ll need to do it. Take a look at any given guide,

though–say this one on how to replace an iPhone X battery–and you’ll quickly realize how few of those tools you have.

Fortunately, almost everything you need is in the Pro Tech Toolkit.

What You Get In This Kit

The iFixit Pro Tech Toolkit ($65) isn’t your ordinary toolkit. Since iFixit has spent years tearing down and repairing gadgets,

the company has a pretty solid idea of which specialty tools you need most often.

It has more tools than the Essential Electronics Toolkit ($20), which in my experience wasn’t quite as robust.

You can also get the Repair Business Toolkit ($240) which, true to its name,

is really more suited for someone who hopes to start a side business repairing electronics.

For your average home electronics repairs, it’s overkill. The Pro Tech Toolkit, however,

is perfect for a home user.

what do you get in this kit that you can’t get anywhere else? Here are just a few of the most important parts:

You can read more about the specific tools in more detail at iFixit’s site here. Suffice to say,

if you’re opening up a gadget, there’s a good chance you won’t need anything outside what’s in this kit. The kit as a whole is more expensive than, say, buying a Tri-Point screwdriver if you only need that. However, if you spring for the kit,

it’ll probably be the last time you’ll need to buy tools to work on electronics.

The entire kit comes in a polyester canvas case that folds up and closes with velcro. This is distinctly different from most toolkits that are housed in some form of plastic. The canvas case is less likely to get cracked or broken. Plus, it looks a lot nicer.

This Kit Was All I Needed to Mod My Nintendo Switch In a previous article,

I talked about the case mod I applied to my Switch. I took apart the console and both Joy-Con controllers and replaced their casings with a sweet, transparent Ice Blue shell. This process was a bit more involved than opening up a desktop PC. Fortunately,

every tool I needed was in the iFixit kit.

For starters, the external portions of the Switch were sealed with Tri-Point screws,

which posed no problem thanks to the bits in the screwdriver kit.

The Joy-Con posed the toughest challenge. On top of the specialized screws,

I had to gently release and unplug several extremely tiny ribbon cables (thanks tweezers),

and I had to gently pry the battery out of its case where it was stuck in with double-sided tape (thanks spudgers).

and of course the anti-static wrist band made sure I didn’t fry my favorite console while I was opening it up.

Case modding a Switch isn’t quite as difficult as repairing a cracked iPhone screen or replacing your phone’s battery. Aside from the small amount of double-sided tape,

I didn’t have to do any major adhesive removal like you might need to do on a smartphone repair job.

However, if I did need to, I’d have the tools to do it. I’ve had to buy separate parts and tools over the years to open up gadgets,

but this was the first time I felt like I had everything I needed in one pack.