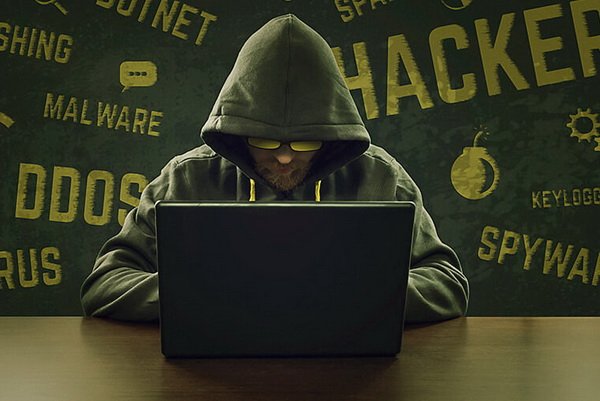 Everything has its own advantages and disadvantages, and technology is no exception. Hacking is one of the great disadvantages of the IT world.

Hackers are mainly looking for an opportunity to gain unauthorized access to a system or device. This can be done in a variety of ways, most commonly by changing the characteristics of a network or exploiting its vulnerabilities. Hacking is generally divided into ethical and immoral hacking.

Hacking is one of the biggest problems facing the information technology and related industries. Hackers are mainly looking for an opportunity to gain unauthorized access to a system or device.

Hacking is generally divided into ethical and immoral hacking.

Ethical hacking, also know as white hat hacking, is doing by qualifiy cyber security professionals to test the status of systems and networks. On the other hand, immoral hacking is illegal in order to gain access to important and confidential user information and anything else that could be valuable in the black market.

In this article we will discuss general hacking techniques that can help prevent this and increase your level of cyber security.

ClickJacking is a new technique use by hackers to infiltrate your system. This is also known as UI Redressing. The way to do this is by having the attacker somehow direct you to a deceptive page. For example, it sends you an email asking you to see personal photos of a famous actor or a link to chat etc. Then somehow it forces you to click on a specific place on the page or on a specific link (Click Jacked).

The trick the attacker uses to do this is to put something invisible behind this page or a deceptive user interface that you click on a button or link to actually click on something invisible. And in the end, a happy hacker will steal your information from a successful workday. So this time, click on anonymous buttons and links more carefully.

Cookies provide you with easier access to the sites you visit on your browser. But at the same time, cookies also hold valuable information from users such as browsing history, user authentication and even passwords for accessing sites.

After a hacker accesses these cookies, he can resend this user information to another browser and use it to his advantage. In some cases cookies may be encrypted. But this does not mean that it cannot be accessed. The best way to deal with such a problem is to avoid using open networks and permanently clear your browser cache.

Bait and switch techniques are one of the most common ways to infect malware. In this way, an attacker purchases advertising space on websites, then redirects to a page infected with malware when a user clicks on the ad. This way, they can install malware or adware on your system. The ads and download links shown in this technique are awesome and users are expected to eventually click on them. So if you find tempting software and services in advertising try to get them from reputable sources.

Keylogger is one of the main causes of fraud and theft of banking information. This technique uses a simple software that records the order of the keys pressed on the keyboard into an input file on your device. These files may even contain your personal email IDs and passwords.

To prevent this, banks’ applications use a virtual keyboard to keep track of entered passwords.

A DoS attack is a common hacking technique for destroying a site or server that involves a large amount of traffic to the site. This way the server will no longer be able to process all requests in real time, eventually causing systems and networks to crash. By this popular technique, the hacker sends thousands of requests to the server to overcome the resource, which makes it difficult for the server to eat and unable to respond to these requests.

Such attacks can be happen using artificial tools such as dummy computers or robots to attack the server with fake requests. As the malware and hacking methods progress each year, the rate of DDoS attacks increases.

As its name implies, in this technique hackers create a fake Wi-Fi Access Point and the hacker can access your information after you are connect to the fake Access Point.

Anyone can rename their WAP as a legal name and start spying on you. One of the best and most effective ways to protect your personal information (PC or mobile) against such attacks is to use a quality VPN service.

Passive attacks are similar to eavesdropping, which involves monitoring computer systems and networks to record valuable information. The motivation is not to damage the system, but to obtain information without identifying it. These types of attackers can target email, instant messaging services, phone calls, web browsers and other communication methods. Avoiding public networks and observing basic security tips can be effective in preventing such attacks.

In this technique, one of the most common methods used by hackers,

an attacker gathers your confidential information by constructing fake sites

but exactly like the actual site you use (such as a banking site or social network).

Sending a deceptive and completely fake email can also lead to the disclosure of the victim’s personal information. Phishing is known as the most destructive way to hack. To prevent such attacks, never open suspicious emails and avoid tempting suggestions.

9. Fear of virus and malware

With the digitalization of everyday life, the fear of virus and malware is becoming more and more commonplace. Virus or Trojan are malware that are installed on the victim’s system and send the information to the hacker. They can also lock your files, send fake ads, divert traffic, corrupt your data, or stream to all devices connected to the network, including smartphones, smart watches, and smart TVs.

Ultimately, it will be your data that is compromise. So it’s best to keep your devices safe from such attacks by observing cyber security tips and using antivirus software.

Social engineering employs the human element to deceive target groups and organizations and gains personal information through psychological tricks. The ability to use other hacking techniques will also be used to obtain this information.

Tags: Here are 10 basic hacking techniques that can keep you safe from hackers