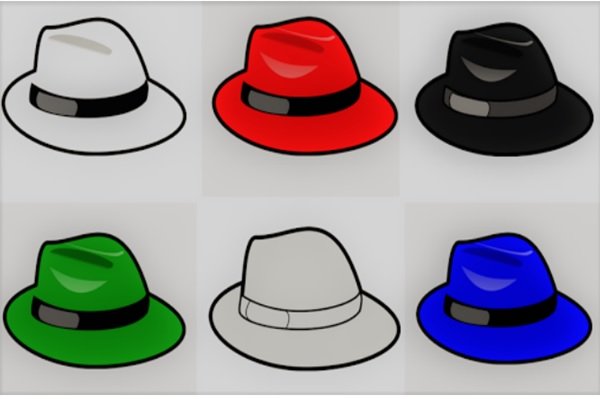 Relatively bad definitions of the word hack and hackers become commonplace and whenever a hacker is spoken, the mind is turned to a dangerous person who is trying to infiltrate systems, steal information or perform any malicious activity.

The fact that you should be aware of is that hackers have their own classification, some of which will attract large security and software companies and others to be followed by the police. In this article, we will look at different types of hackers.

A hacker is a person who has a high level of technical knowledge and skills that he or she uses to infiltrate various systems.

to engage underground organizations for criminal activity. The important thing to know about is the classification of hackers.

In the old days, hackers were old and you could rarely find a hacker, but today thanks to advances and easy access to a 12-year-old teenager’s communications networks can be a hacker who has infiltrated a large system.

Hackers can infiltrate systems for a variety of reasons, such as earning money,

moving, finding a good job, or having fun. With this introduction we are going to introduce different types of hackers.

White hat hackers adhere to ethics. Hacks made by this group of people are not malicious and do not intend to sabotage a system.

They seek to identify vulnerabilities in systems or networks related to penetration tests and security assessments. Ethical hacking is legal and many security experts work as a white hat hacker in various organizations.

These people identify vulnerabilities, report to organizations, and receive pay. The only thing to keep in mind as a white hat hacker is that if you decide to break into an organization’s infrastructure infiltration process, make a written contract and specify the start and end date and time. You will not have legal problems in the future.

Disruptions to systems, information distortion, intrusion into privacy and theft of personal information, manipulation of information, installation of malicious software on the victims’ system are activities carried out by these individuals.

and refuse to receive technical information from the company,

but this is not always the case and may sell the information they obtain on the black market. This contradictory thinking has given the experts the nickname of Hacker Gray.

The term blue hat hacker is one of Microsoft’s innovations. Blue Hat hackers are the ones in the beta and alpha stages of designing a software product to identify vulnerabilities and deliver the information found to the company that hired them before the product is officially released.

For this reason, they are less likely to fall into the category of malicious hackers.

For each of these hackers, certain groups are define as the Red Team,

the Blue Team, and the Purple Team, which perform the same function as the hackers.

The performance of some of these teams has been interpreted in the films that you might not have noticed when you watched the movie in terms of the colors used in the movie, but after reading this, watching these films again with this background will not be a blessing.

The Red Team is an in-house hacker who is hired to test the performance of programs after installing patches or influencing security updates outside an organization.

The performance of the red team is similar to that of the white hat hackers,

While the red team is trying to infiltrate network and software infrastructure,

Both teams work for the same organization, with no information on the performance of the opposing team, but both have formal contracts with the organization. In The Machine, released in 2013, you see a robot and a group of smart robots performing the same function.

If we are looking for an efficient level of infrastructure defense, we should go for the purple team. Purple teams are used to integrate security systems and try to get the vulnerabilities identified by the red team and use blue team security solutions to improve the breaches. The team is working to improve the security mechanisms’ performance with a neutral role.

Interestingly, even the color intended for artificial intelligence was purple!

There are other categories, such as Green Hat hackers, novices, elite hackers,

etc. that are ultimately subordinate to the above groups.

Tags: Hackers are divided into several groups and what does the color of the hacker hat mean?