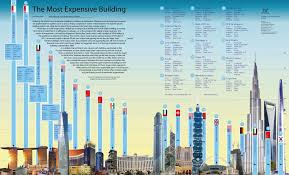 It’s definitely a surprise to you to wonder about seeing a beautiful Buildings and think about its value or price. In this article, we plan to list the most expensive buildings in the world, which include skyscrapers, luxury hotels, residential buildings and commercial buildings.

10. Princess Tower of Dubai in UAE worth 2.17 billion dollars 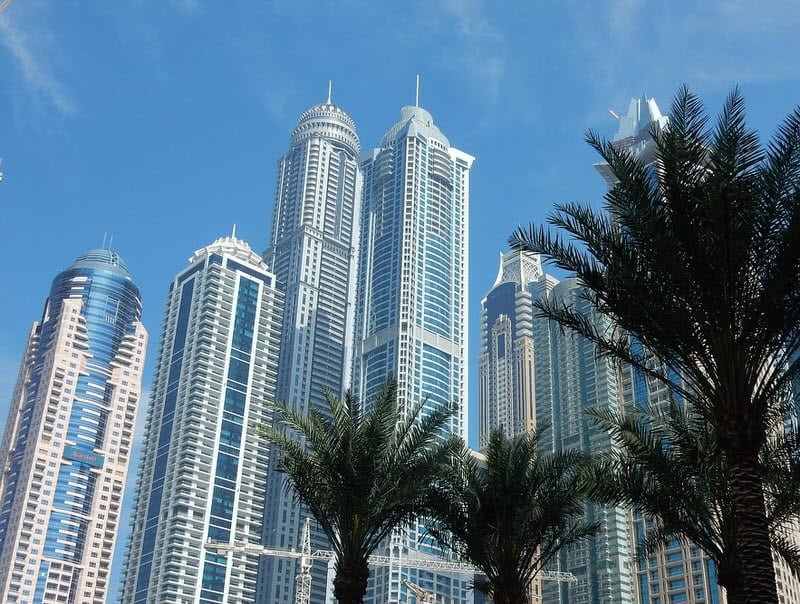 Dubai’s Princess Tower is one of the largest residential buildings in the world with a height of 414 meters and is consider the tallest building in Dubai after the Khalifa Tower.

The total construction cost of this residential tower was $ 2.17 billion in 2006. The tower has 763 residential units, 957 parking lots and 13 elevators.

9) The city of dreams in China worth 2.40 billion dollars 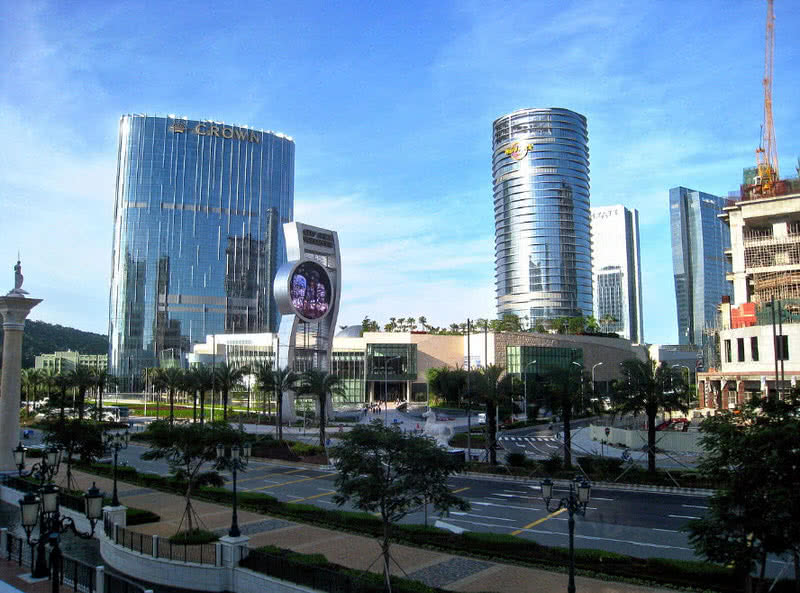 The city of dreams, which is located in China, is actually a hotel and casino, and offers a fantastic experience to various visitors.

The property, one of the most expensive buildings in the world in 2019, has been valued at $ 2.40 billion.

This property has 37 floors in 4 different towers. The City of Dreams is open in 2009 and includes restaurants, cafes, amphitheaters, casinos and shopping malls. The games section is 420000 feet and has more than 1514 gaming devices and 450 table games. 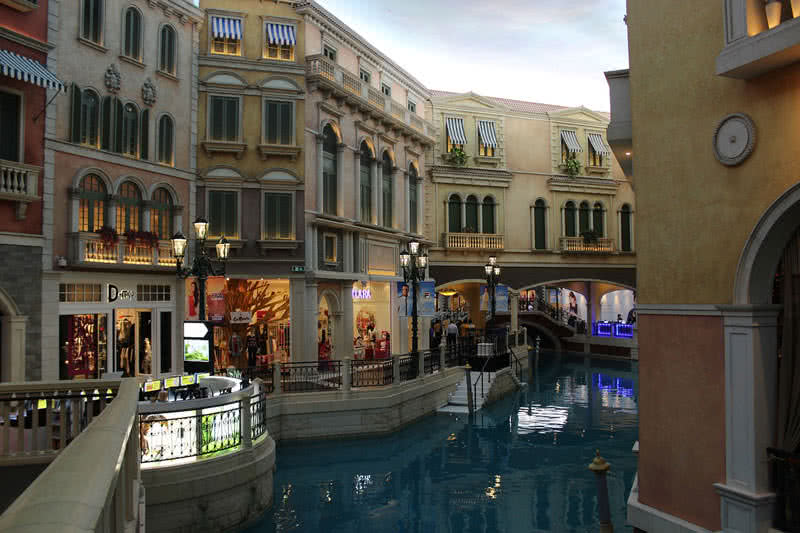 In China, a Venetian casino has been built and launched in the city of Macau. The value of the casino was $ 2.40 billion and opened in 2007.

The casino has 39 different sections, with an area of ​​98,000 square meters, making it one of the largest casinos in the world.

The largest hotel in Asia is also located in the Venice Casino. The property has 3,000 suites and a casino capacity of 15,000 people.

Of course, there are 350 retail stores and 30 restaurants at this casino.

7) Wynn Rosert in Las Vegas in the United States worth $ 2.70 billion Wynn Rosert is the sixth largest hotel in the world, with a total area of 615 hectares. The Wynn complex has a total of 2,716 rooms, with 76,000 square feet in various stores. The complex also has a 60000-foot seafront and uses a wedding church. In general, this magnificent complex is one of the most expensive buildings in the world in 2019 and offers advanced features to its customers.

6) The New York One World Business Center in the United States valued at $ 3.80 billion

The One World Business Center is the tallest building in the United States, and the skyscraper is known as the Freedom tower. This building is in fact a replacement for twin towers that were destroyed in the September 11 incident.

The commercial center begins in 2006 and was completed and opens in 2013. The total cost of the project was estimate at $ 3.80 billion. The One World Business Center has 71 office floors and lobby with conference rooms. The Museum of September 11th and the Film Fair are also presented at this commercial center.

5) Cosmopolitan Las Vegas in the United States valued at $ 3.90 billion

Cosmopolitan Casino Las Vegas is one of the most luxurious and luxurious places in Las Vegas. This casino is worth $ 3.90 billion and has two different towers.

The luxury casino is worth $ 3.90 billion worth of features and is list on the list of the most expensive buildings in the world.

4) UAE palace in Abu Dhabi in the UAE worth 3.90 billion dollars 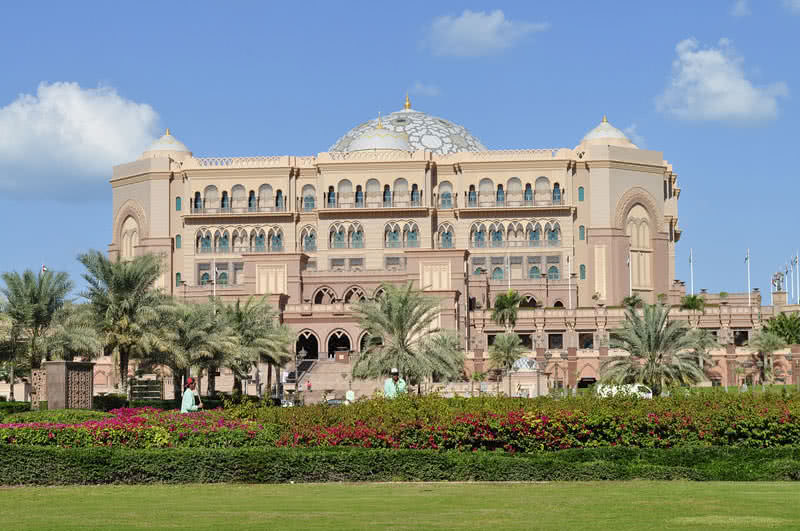 The seven star Emirates Palace, the second most expensive hotel in the world, has been build and owned by the Abu Dhabi government.

This luxury hotel hosts Abu Dhabi official and state-owned guests, valued at $ 3.90 billion. The palace has 85 hectares of gardens and springs and was open in 2005.

The total area of the palace is 850000 square meters and consists of 302 rooms, 16 suites and 92 parking spaces for 2,500 vehicles. The upper floors of this palace belong to the royal family of the emirate, and in addition to the facilities lists, there is a luxury spa, pool and tennis courts. Resort World Sentosa is the third most expensive building in the world. The cost was $ 4.93 billion and was designe by a team from Malaysia.

Resort World Sentosa has 49 hectares with hotels, resorts, casinos and many more.

It also houses parks like Animal Park, Madagascar Park and other places of interest and tourist, making it one of the most expensive buildings in the world. Singapore’s Marina Bay Sands is the most expensive complex, worth $ 5.5 billion, and is one of the most popular tourist attractions in Singapore.

This building is very luxurious with restaurants, hotels, shopping malls and amphitheater. The complex was open in 2010 and has three 55-story buildings. Abu Al-Bayt is the most expensive skyscraper in the world. The building is worth $ 15 billion and is located in the city of Mecca, Saudi Arabia.

Abu Al-Bayt is located near the Mosque of Hadhrat, and is actually a 1500,000-square-meter hotel with 100,000 people. This hotel is design to attract pilgrims and view them exactly to the Ka’bah and Masjid al-Haram.

This luxury hotel is own by the Saudi government and officially opened in 2012. Its construction began in 2004, and it took eight years to complete the project. Its height is 601 meters and is the tallest hotel in the world.

At the highest point of the hotel, is the tallest and largest clock in the world. The hotel has 6 residential towers, a prayer room with a capacity of 3800 people, a 5 store shopping center and two helicopter landing gears.

Eventually, the Abu Al-Bayt is rank as the most expensive building in the world, with a value of 15 billion.

Tags: Top 10 most Expensive Buildings of the World in 2019