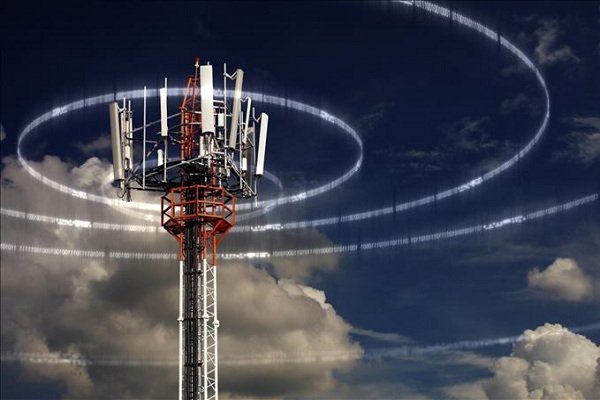 5G networks require more base stations or base stations than fourth-generation LTE networks, which are costly to install in the urban or out of town.

Pioneers of 5G are the new technology that will help all mobile networks adhere to a specific global standard. But despite the enthusiasm around 5G for reducing latency and machine communication, there are still various issues (such as how to use frequency spectrum) that make the difference in wireless communication technology.

Wireless ISPs are having a difficult time in many parts of the world, as it is not economical for wireless broadband providers to cover all areas. There are also some limitations that prevent 5G from being used in certain locations, some of which we will mention.

One of the major obstacles that hinder engineers in wireless communications is the efficient use of frequency spectrum. The rate of information passing through a given bandwidth is measured by the bit / Hz criterion.

Changing radio resource management by establishing consistent standards, such as jumping from LTE (16.32) to LTE Advanced (30), can help optimize spectrum utilization, although this is still a major limitation.

Consider switching from 4G to 5G. One way you can use 5G for Mobile Broadband nowadays is to move it to places where a lot of information is going to be transmitted.

Verizon, one of the largest Internet and network companies, has expanded its non-standard fifth generation network in several cities across the United States and has provided a 4MHz frequency for home internet service.

Of course, according to the company plans to double this amount.

Verizon claims that the usual speed will be around 300 MB / s and reaches a maximum of 940 MB / s; enormous impacts are need to reach maximum speeds and here the distance must be less than a thousand meters.
From the base station.

The speeds mentioned above are good and commendable, but the Verizon Technical Society has received warnings to develop a fifth generation network:

1. Development of these networks is limit in urban areas and in places with less congest and congest areas.
2. This service uses 28 GHz frequencies (millimeter wave) in a straight path, meaning it should not be an obstacle on the way.

3. The technical equipment of the company should not be an obstacle to the 5G standard of smartphones.
Verizon is working to expand its business to 5G-based standards that will ultimately drive home users to compete with smartphone users over the network, though the bigger problem is providing consistent and high-quality speeds.

Why is 5G millimeter wave not working properly over long distances?

Millimeter wave technology (mmWave) is used for places where the path is straight and unobstructed. Therefore, signal transmission in similar buildings and locations is difficult.

Water droplets also have a large effect on millimeter wave signals and are similar to satellite television services disrupted during rain.

It is natural that millimeter waves travel less distances than low wavelength frequencies due to the physical properties of these signals and atmospheric effects.

With the limitations mentioned, we now know that the development of the 5th generation mmWave networks depends on the increase in the number of base stations (BS). BSs are connected to the network via wired lines.

The closer the BSs are to homes, the better the quality of service and, on the contrary, the more difficult the suburbs and the countryside. Given the geographical realities, the need for a different technology for these areas is quite sensible.

Why are wireless ISPs still useful?

WISPs use proprietary equipment to operate in unlicensed frequency bands,

such as the 900 MHz, 2.4 GHz, and 5 GHz frequencies commonly used in Wi-Fi networks and consumer electronics. The equipment connects to WISP operators and provides a standard Wi-Fi signal to standard devices so they can access the network.

Using these frequencies below 6 GHz, radio equipment used by WISP subscribers has the capability to withstand rain or interference with mmWave signals.

It is also possible to service users from 10 to 20 kilometers away,

which is 2 to 3 kilometers for 5G millimeter waves.

Although the specific features of each WISP network depend on the development of the operator system, the main key is the difference in the frequency that the operator uses.

It also discusses the signal transmit power and smartphone battery.

Another case of multi-antenna devices, knows as MIMO technology, is use in Wi-Fi, 4G and 5G. Instead of using an antenna, this technology uses multiple antennas to minimize both error and data transmission rates.

For the advancement of 4G and 5G networks,

other technologies need to be develop in parallel, and this is often the case with an outside ISP.

The biggest difference between 5G and home internet is that of other mobile networks;

in mobile networks, there is a high cost of infrastructure and user charges,

as oppose to features such as switching and roaming.

Both the overall advancement of mobile networks and the preference for WISPs are aimed at providing more bandwidth to the end user, but the market for these two is slightly different.

Mobile networks are focusing on crowded urban areas, and if users pay more, it won’t matter. In contrast, ISPs are making a profit, and even if users are demanding more bandwidth, they may be overlooked because of these financial issues.

Currently, smartphones have become the most widely used devices, and much of the Internet is consumed by these devices.

Users vary and, for example, a user who uploads Netflix videos to their phones or 4K TVs requires much more bandwidth. Telecommunications requires high quality of service and reliability.

What the Verizon technical community has developed as 5G networks is not compatible with smartphones.

and smartphone users, and this will be a challenge for engineers and service providers.

The difficulty of WISPs in providing the service

Cambium Networks continues to develop wireless systems in the suburbs and out of town. ZDNet, backed by Cambium, has enabled Wi-Fi connectivity on the island of Lisbon (from the Aegean Islands).

Tarana Wireless has deployed wireless broadband technology in the coastal areas, replacing costly satellite modems. Tarana maximizes the use of the frequency spectrum at 100 bits per Hz and is capable of operating in a barrier environment. The company also works with WIPS,

There are plans to develop wireless systems in suburban resources. Suburban service usually requires more investment by WISPs because traditional wired internet is not provided as much as these areas need.

Tags: Do we also need wireless ISPs in the age of 5G?