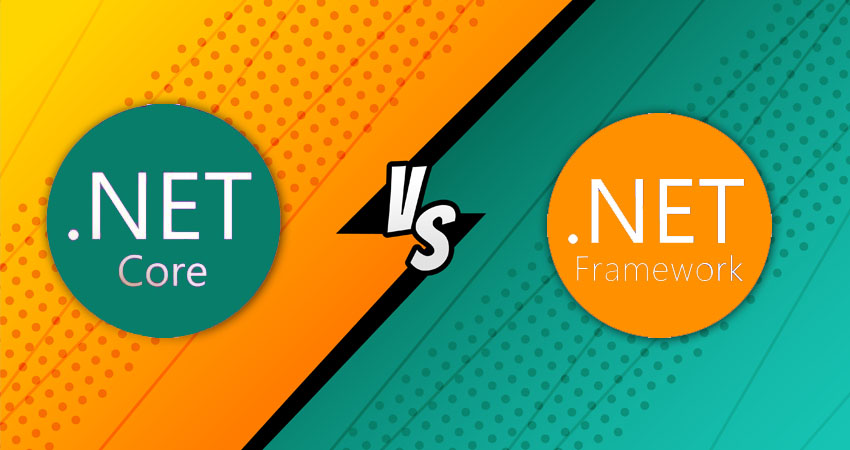 Here’s a humble attempt to compare (Php7 and .Net core), and hopefully, in the end, you will be able to choose one of these two for your projects.

(Scalability) is a desirable feature of a system (system), network, or process that easily reflects its ability to respond to an increase in workload, or indicates the degree of system readiness to increase workload.

PHP is highly scalable, and if developers are skilled enough, they will have integrated and responsive software, although if you need a comprehensive framework with the best programming standards to develop a scalable program, .Net is one of the best choices.

Performance and speed are complementary frameworks. It does not matter which policy you use, the browser response time, and the speed of communication between the servers that connect your line performance.

In addition to performance and responsiveness, the launch speed and fast launch of projects are very high.

But against it, the latest version of the .Net Blind version can run on all operating systems (Linux, Windows, and Mac) without limitations and with the ability to support databases like MySQL, SQL Server, PostgreSQL, Oracle, etc. with powerful libraries. They have them.

PHP is open source and hence its use is free. In addition, PostgreSQL, MySQL, Apache servers, and Linux operating systems are also free. You can upgrade your projects free of charge whenever you need to.

The latest version of the .Net platform is also free, but not everything here. You should also purchase the Windows operating system, pay permissions for Microsoft Windows Server, Microsoft SQL Server, and later for upgrading it. For example, the standard version of Windows Server 2014 (for a small business) will cost approximately $ 3.226.

Similarly, Net Core supports OAuth2 connectivity – JWT HMAC-JWT (the preferred standard for Web 2.0) supports the latest security protocol that we can create our own authentication and authorization system.

* Win Security: ASP.NET, if the security feature is more important.

5. Employment status and ease of work:

There are many jobs for an experienced PHP developer. Companies are always looking for a Php programmer. But that does not mean that there is no business opportunity for a .Net developer. Incidentally, since Microsoft has introduced a new framework, companies and people who use previous versions are now slowly moving to the new .Net version. Core moves.

This has created more jobs for .NET developers on the market.

* Winning jobs and ease of use: both equal

Php is so easy, and every beginner can easily find its way around. Documentation and syntax is simple and beginner, and users can easily follow them.

People familiar with C can easily work on PHP. It also provides many functional modules, such as PDF converter, file type converter, charts, etc., which helps developers to perform their task quickly.

.Net Core is similar to Java. Therefore, developers who have already worked with Java and C will easily design and write projects.

Language makers need a large community of developers who respond skillfully, accurately and in the shortest possible time.

In PHP, reaction can be faster because developers are constantly referring to countless support forums.

.NET also has a large set of developers with Microsoft’s full-featured documentation and full support for the company.

Winner: Both are awesome, but the number of support supporters can be in NET. Less.

Ultimately, everything depends on the needs and scope of your business.

While the NET for large internal networks, the CRM organizational level is more appropriate.

How can mutual analysis of TA be found in a software company?

Transactional Analysis, or TA, means “interpersonal analysis” is a hypothesis that was invented by Eric Berne

(a Canadian psychiatrist) in the 1950s and

faced with general interest around the world because he was able to acquaint humans with their characters in linguistic language.

And well, the root of our current reactions relates to our past

(let’s not forget, though, that the main idea of ​​this hypothesis is borrowed from Eric Berne,

the father of psychology, Freud).

The theory of cross-behavioral analysis suggests that each of us within ourselves has three modes:

To better understand this psychological category,

I will try to explain what I’ve learned about this in the form of a hypothetical story in a software company.

To begin with, we assume that we have a program called Behzad,

which codes a PHP software company.

Although this dualupper is no longer a child, the childlike features still exist in his subconscious mind (in this case, the meaning of childhood is not a negative trait at all!)

A childish feature of this duoPerre is that it wants to be creative and never to be overwhelmed by others because of its little good idea.

(Such as a child aged 4-5 years old who does not care about the world around him and does his job).

This is her best childish attribute because she keeps her busy, lively, happy and interested in work.

Meanwhile, Behzad may have grown up in a childhood in a family that has a dictatorial parent,

so that he does not endure him in order to feel secure, and is always popular with them and other adults.

He has tried, as far as possible, to Its environment adapts to eventually all say

For example, in order to maintain his job security, he did not get a job from the project manager,

CEO or CEO, trying to leave “no saying” forever,

so that he would become so fond of hearts and, instead, maintain his job security. To make

When a child is active in an adult like Behzad, he does not try to make others sad, but instead, if he is upset, he has no problem at all, in addition to being not afraid of being afraid, he never comments at technical meetings and is always following other doppers.

In a word, he is literally consistent with his environment to survive, but let’s not forget that this adjustment also has positive aspects.

For example, in Timor-Leste should be compatible and if anyone wants to make their own instrument, no project will go ahead, and if we are going to have some compatibility, sure and must be under the supervision of our mature person, which I will explain later. Gave

Sometimes the child inside us is wild and aggressive, and it’s just that when we thought we would be able to get our requests by knocking out.

Sometimes this child also makes her cute for her children like her children so they can come to our side and kill our ladies.

(Has not it ever occurred to you to wreak havoc in your workplace to find others to hear from you?)

In general, if we are not careful about this compatibility, we will eventually form an outrage in us that can overwhelm us. In this regard, I would advise you to come up with an article of angry wrath! Refer to

In general, if our child is so active, whatever our followers, including direct, manager and … dictator, will be more active after our internal personality so that we do not feel safe as a childless child under any heading. To survive (without losing your job here), we try to keep up the day with a much more up-to-date, more consistent, and unfortunately more vulnerable.

As a kid enjoys a variety of things and games, and for some good, we should ask ourselves whether we are basically happy about the company we are working with. Also, remember that in most cases, my childhood causes a syndrome in Stockholm, which also has serious harm.

In short, when we are behaving dry and from a position of power (behavior such as our parents), it is said that the parent is active in the middle.

In other words, the parent’s character is said to be a set of behaviors that we inherit from parents, older brother / sister, grandfather / grandmother, and so on. And In such a situation, the children imitate their parents’ behavior without any thought, without the logic behind it.

In a general view, parental behavior can be categorized into both protective and critical categories. To better understand this, we are back to the software company’s example. Behzad is a collaborator in a project with a newly created Delloper.

The new person does not have the code that he should or may not know. For example, he uses PDP instead of a decrypt method,

and Behzad begins to humiliate him (a destructive critique model) because in his childhood, for example, when his father tell him to go out and he He did not do the right thing,

his father had humiliate him, but let’s not forget that the critical model is positive, so for example,

Behzad, for example, is a constructive critique and without any contempt for the newly create Dolphopr who I would recommend in this regard Why the critique of hamburger

(360 degree) does not answer and is an alternative to the article What is the team? Refer to

Protective model is also a model that parents are supporting their children. This model has a positive side,

and the negative aspect is that, if, for example, the child’s work is satisfactory, the parent thank him that this would improve the child’s self-esteem,

but if the father / mother does not allow the child to have a hard time, then finally Preventing the development of the child, and this is the negative aspect of the case,

which I would recommend in this connection to the article of cute children today who do not understand the tools of humanization as “constraints”! Refer to

Behzad, for example, can adopt two different approaches. If you find that the newlywed Dollopere has done well, but still has a place to improve,

he can give him positive energy but mumble him to turn from good to excellent, and this is a positive aspect of supportive parenting spirit. But at the same time, when he did not do well,

he could say to him: “There is no problem, you go, I make it myself!”

This type of our personality can be anything but children’s emotions that still exist within us, as well as a paradigm we inherited from our parents, is trying to make our behavior logical.

I can see the adult as an algorithm that constantly receives childish and parental inputs, and it has the task to process them and make the most accurate possible result.

My work is a validation of what has been inherited from our childhood and parents,

which we sometimes have to learn Unlearn and relearn new things that I would recommend in this article to the article on the concept of literacy in the twentieth and the first century:

the acquisition of skills Unlearn, Learn and Relearn.

It’s time to stay up in the mature phase, and we need to constantly collect our senses because we’re no longer going to be in this phase,

and that’s why we can not institutionalize this type of model in many ways.

We also remember that adult is one who does not use absolute traits and always places a fault on himself. In this regard,

I would recommend to the article why the use of absolute traits is probably the application of absolute attributes to eloquent impoliteness? Refer to

This is where we can say that our personality is about 95% hard before the age of 7!

And it’s my great responsibility to save us from this situation and there is no need to explain how much investment it is worth.

Thank you for taking the time. Your comments, criticisms and suggestions are in the comments section.

Tags: Comparing (Php7 and .Net core) / How can mutual analysis of TA be found in a software company?