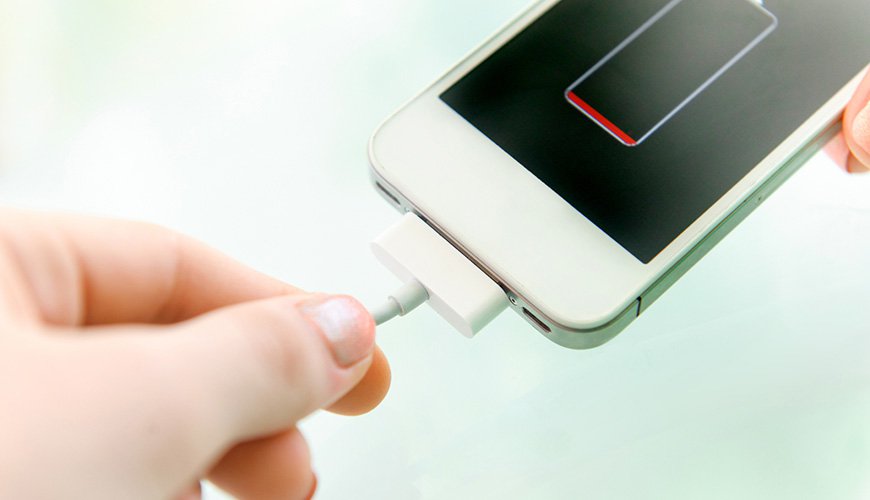 If you have been suffering from slow phone charging for some time and you are looking for the reason for this problem, follow this article.

If you have trouble charging your phone, you must have asked yourself over and over again why my phone charges late. So we decided to mention in this article 5 main reasons that cause the phone to charge late.

5 reasons that reduce the speed of charging the phone battery

One of the most important reasons why the phone’s battery charge speed is so slower than before, is not related to the phone itself, but to the accessories with which you charge the phone. In fact, it is better to look for the cause in something like an improper adapter or a poor power supply before anything else.

USB cables can be used on most phones, so they can be severely damaged, stretched, folded, or even damaged by high temperatures. So before doing anything, first change your USB cable and check if the problem is fixed or not. The next step is to test your adapter.

The best option is to go for chargers that are exactly right for your phone, and preferably get the charger from reputable stores. Otherwise, your charger may not be able to charge your phone as quickly as expected.

Your charger is not the only device that may slow down your phone charging process; But the problem of the phone port can be another reason for slowing down the phone charging speed. In the first step, look at the port and check that it is not blocked or corroded. If there are no such problems, check the inside of the port with a flashlight and try to carefully clean the inside of the port from any contamination such as dust, but be careful not to damage the port.

Sometimes the problem with slow charging the phone is not related to the hardware but the running of various applications in the background that causes this to happen. Both Android and iOS have tools that let you know which apps are running in the background. On Android phones, just go to the battery section in the setting section (on some devices, you may find the Device care option). The same is true for iOS, and you should go to the Battery section in the settings section to find out which apps use the most battery.

Of course, do not forget that some of these programs consume a lot of battery power because you use them more. So be sure to pay attention to the usage time of the program and look for programs that have the highest battery consumption with the least amount of use. It is better to remove these programs and see if the battery charge speed changes or not?

If you have been using your phone for 2 or 3 years and have used it heavily during this time, it is not uncommon for the battery to slow down and it may be really time to replace the phone battery. In fact, lithium-ion batteries do not work forever and can only be charged and discharged a limited number of times. Of course, most cell phone batteries are now non-removable and difficult to replace, but this may be the last way for your phone to survive.

5- Your wrong behavior; Working with the phone while charging

Are you one of those people who use it while charging the phone? Well, you are probably the main reason for your problem. Apps like Facebook use a lot of battery power, and using these apps while charging can drastically slow down the charge.

Tags: 5 reasons that slow down the phone's battery charging speed