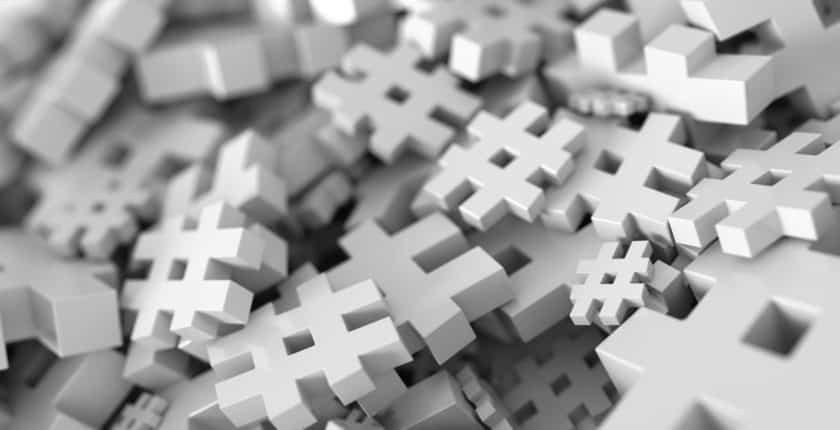 With over one billion followers, Instagram has now amassed enough active users to become the third most used social network. And while there are larger platforms available in terms of active users,

when it comes to engagement rates, Instagram is leading the pack with an average rate of engagement of about 2%. For comparison, Facebook’s is at 0.16% and Twitter at 0.046%.

constituting 71% of all U.S. businesses. And it’s not just the engagement rates that have brands so excited about this platform’s potential—users are also more likely to make purchases.

according to Hootsuite, 60% of users have discovered products on Instagram,

while 72% have actually purchased something they saw on Instagram.

At this point, it should be pretty clear as to why so many marketers are doing everything in their power to improve their Instagram marketing strategy,

including hashtags. Posts that have at least one hashtag has, on average,

a 12.6% higher rate of engagement than those that don’t use any. But not all hashtags are beneficial, and there are definitely some ways they can be used incorrectly or even cause damage to your campaign.

So before getting into the world of Instagram hashtags,

you should first familiarize yourself with the do’s and—just as importantly—the don’ts, of this commonly used tool.

Things You Should Be Doing with Your Hashtags

If you’ve done any research into the different ways that Instagram can improve your business you’re probably well aware of the popularity of hashtags.

From representing powerful social movements to categorizing a photo type to make it easier to find,

Hashtags have been used to make a statement, target a specific demographic,

establish a brand’s identity, increase engagement rates, and more. They’re used by everyone from multinational corporations to small businesses and celebrities.

Hashtags are everywhere now, and when used properly can have a very positive impact on your posts. So when using them,

keep the following considerations in mind to get the most out of your posts.

Do Target the Right Market Segment

When it comes to running a marketing campaign on any platform,

identifying and accurately targeting the right audience is absolutely essential.

Appropriately segmenting your audience, and using hashtags to properly target the various subsets,

can greatly improve your posts’ effectiveness. When done correctly,

well-planned hashtags can bring the right audience directly to your post through Instagram’s hashtag search.

An easy way to identify the right hashtags to use for your target audience is to watch what your competitors are using. In addition,

use Instagram’s hashtag following function and keep an eye on different hashtags’ effectiveness over time. Hashtags that consistently receive high levels of engagement from your target audience are good ones to prioritize.

Do Track the Success of Your Hashtags

Not all hashtags will be effective, and some can even be damaging. Therefore,

it’s a good idea to test your hashtags and see whether or not they’re pulling their weight.

There are quite a few ways to do this on Instagram,

either by using a third-party tool or even through the app itself. Thanks to the fairly new feature “Post Insights,”

those with business accounts can track valuable analytics, such as your posts’ reach, clicks, and impressions from a variety of sources,

including hashtags. Switching to a business account is quick and easy as well as completely free. 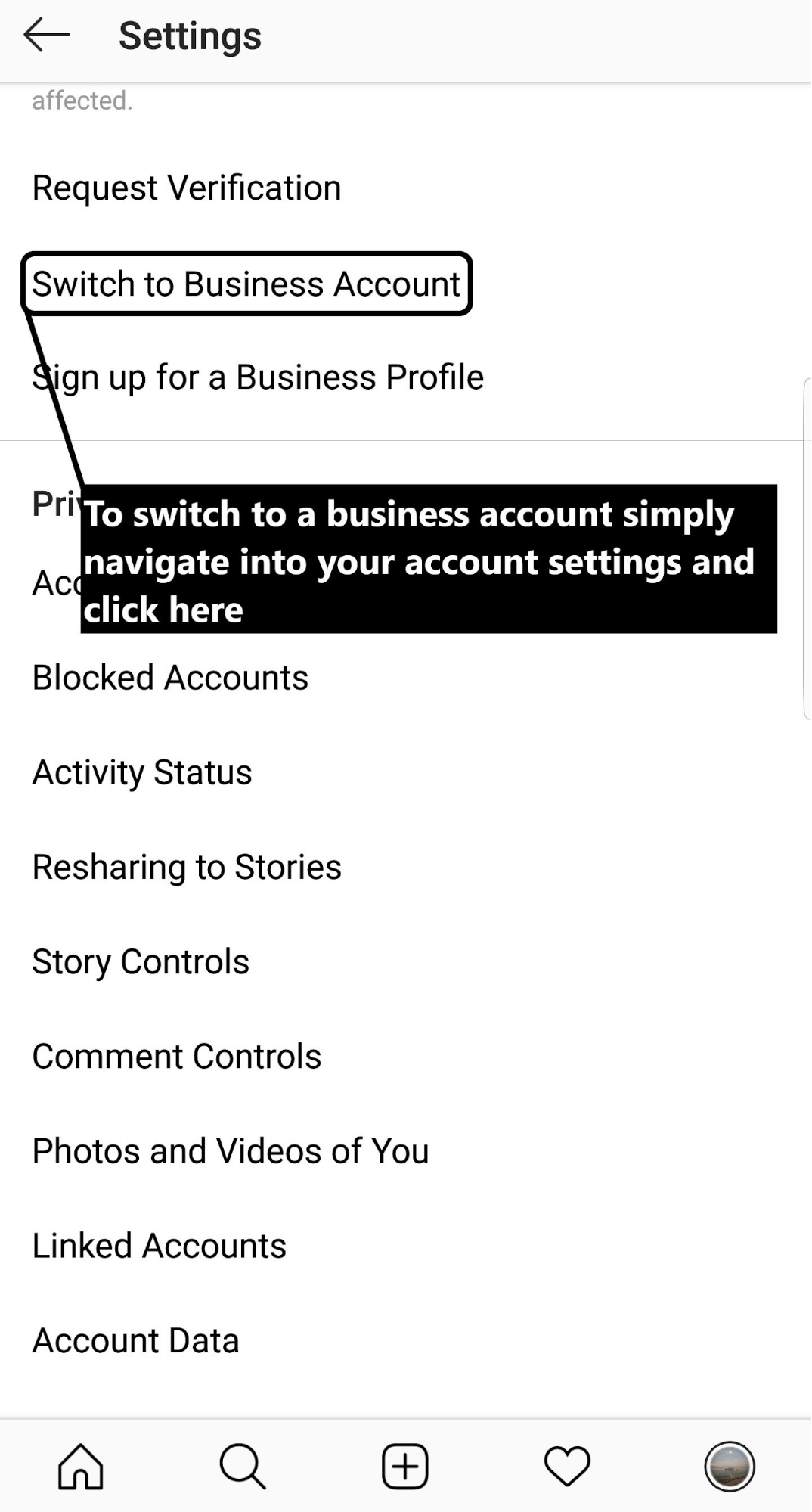 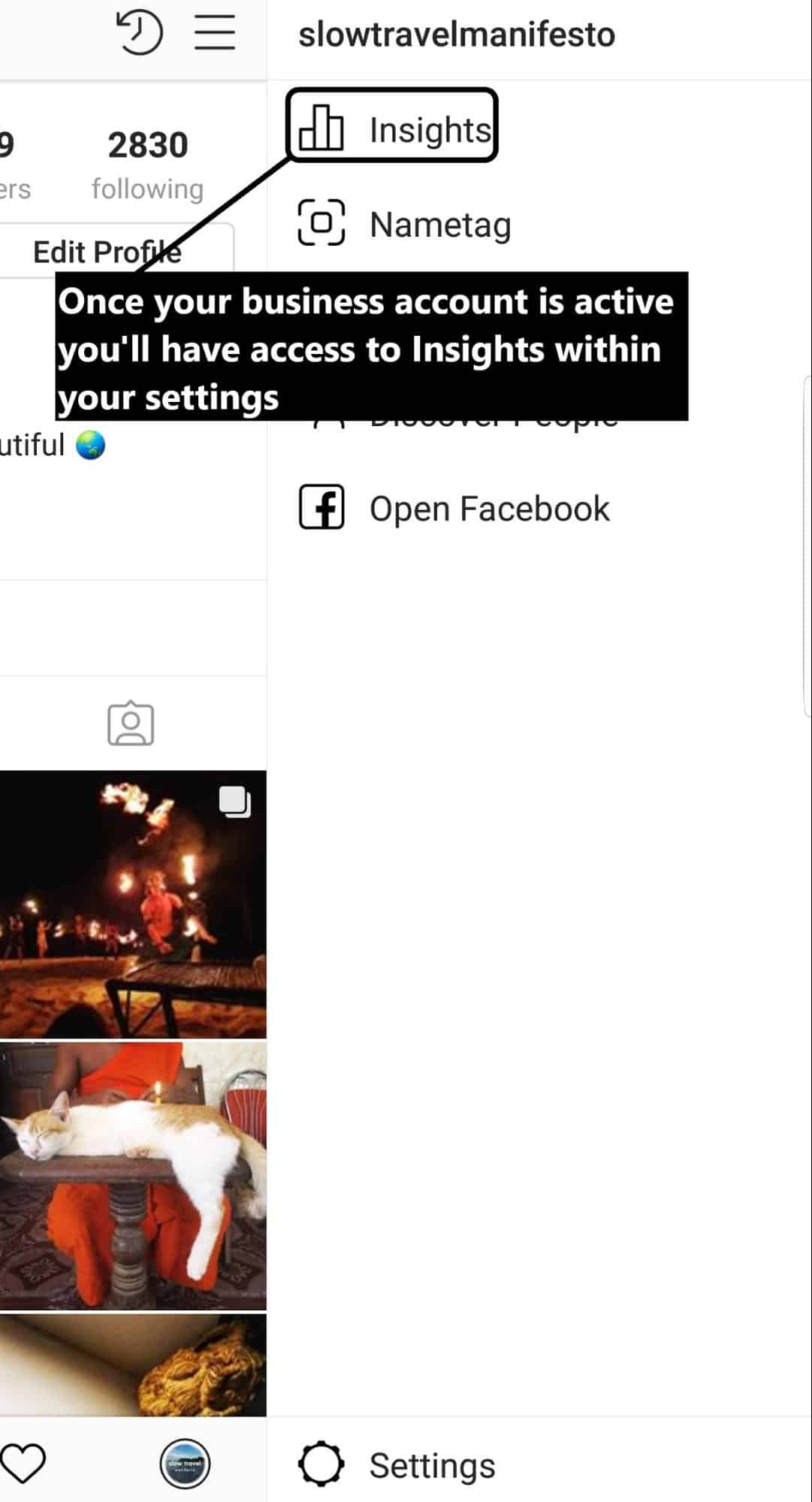 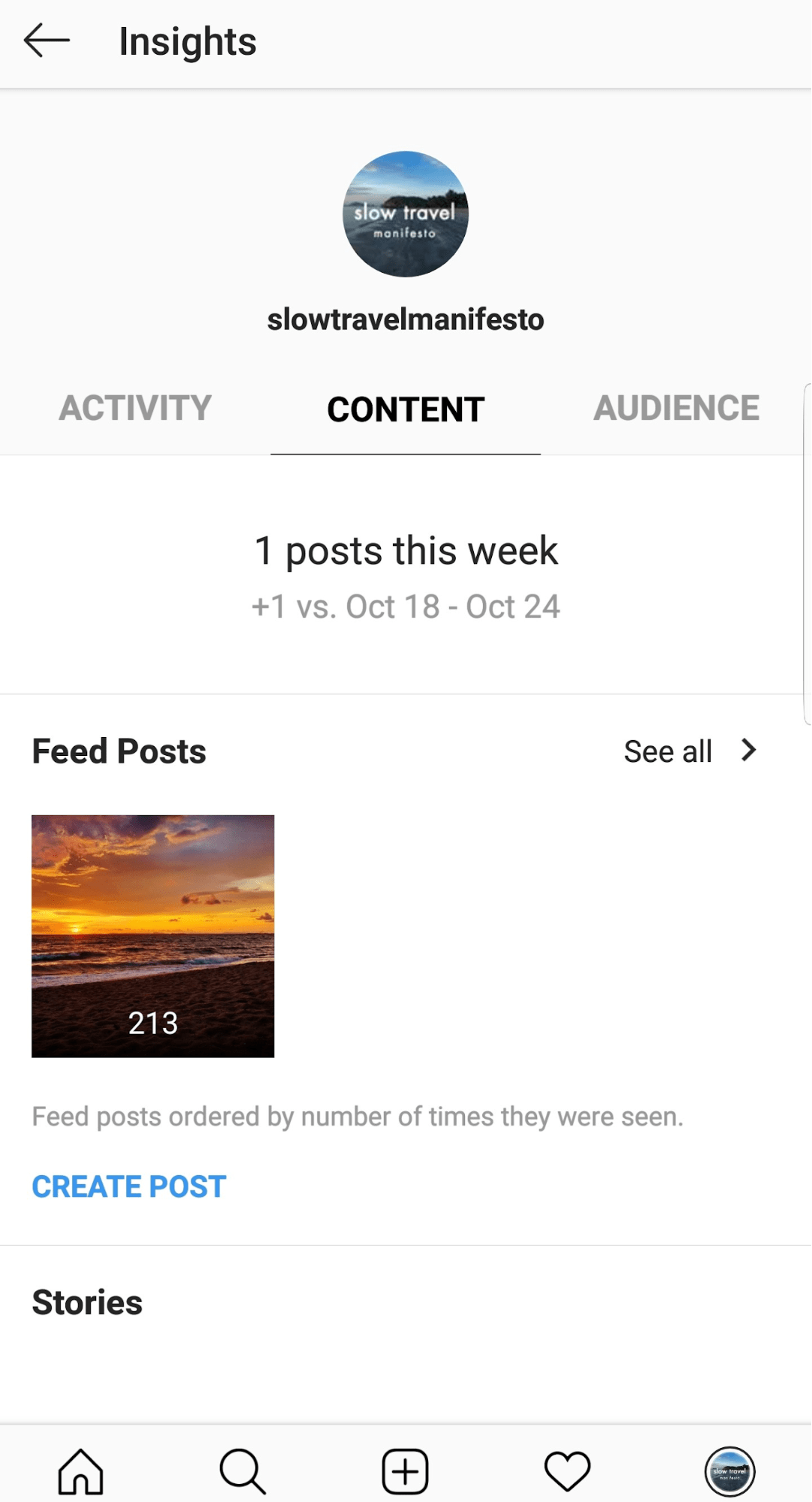 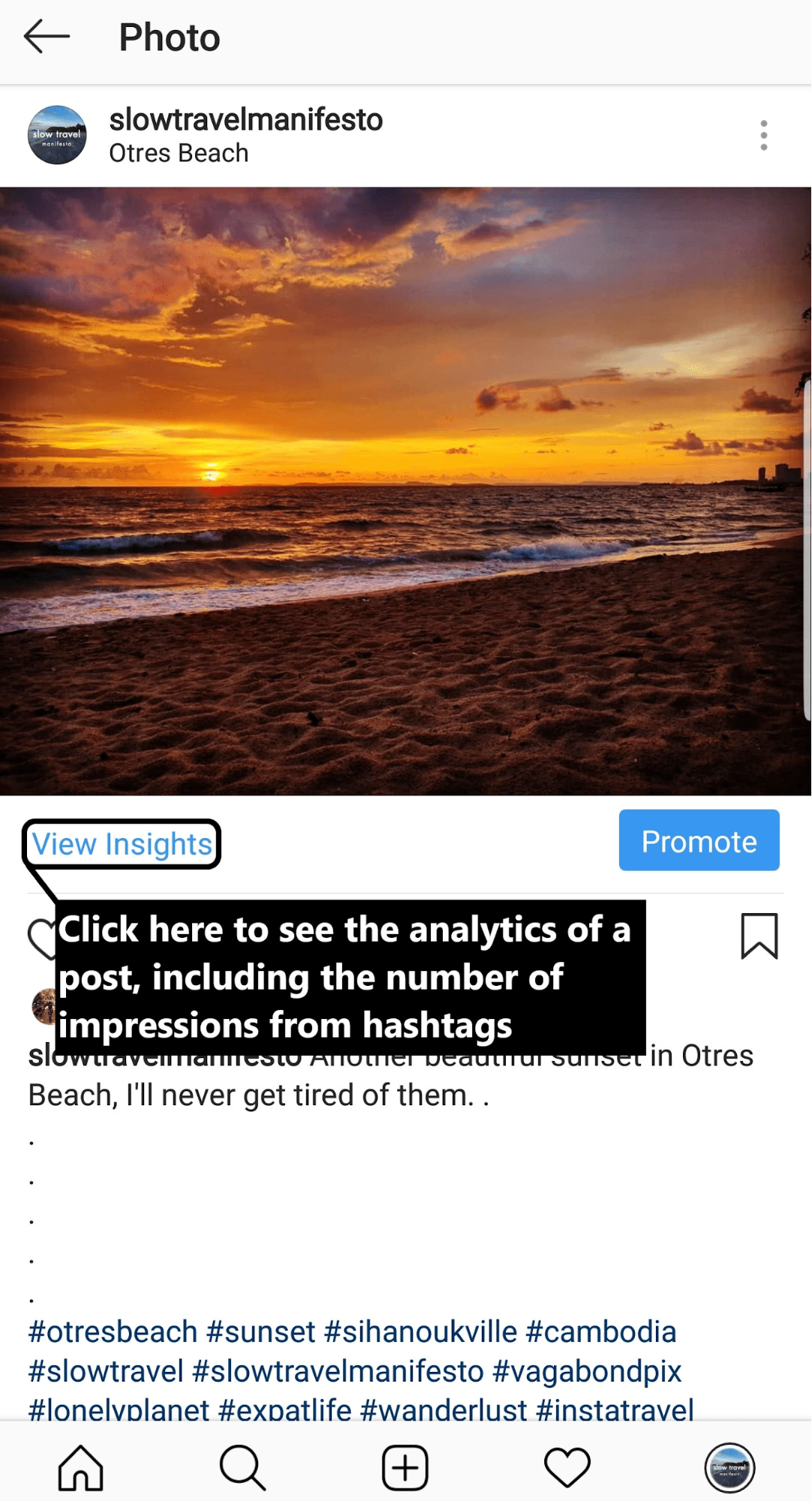 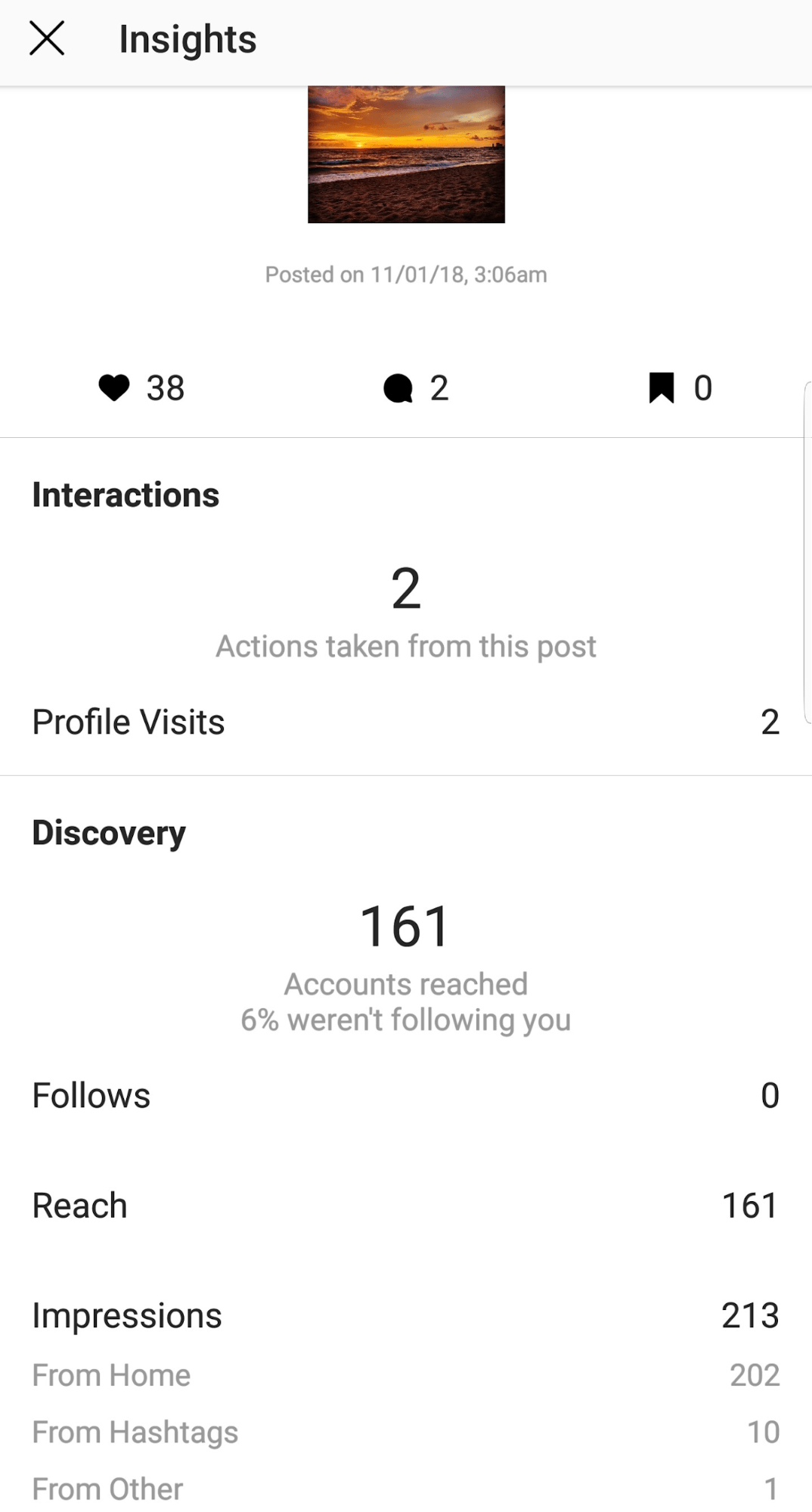 While “Post Insights” is useful, it still lacks valuable information,

such as which one of the hashtags used resulted in the highest number of impressions. For this reason,

many serious social media marketers turn to third-party tools for tracking their posts.

Tools such as Sprout Social give you far deeper analytics and are especially useful when it comes to tracking, and testing,

the effectiveness of your hashtags. They’re currently offering a free trial for those who’d like to test out one of the better tools available without having to spend any money first.

By using one of the best social media management tools available,

you’ll have a greater ability to determine what the most effective hashtags are for your target audience. 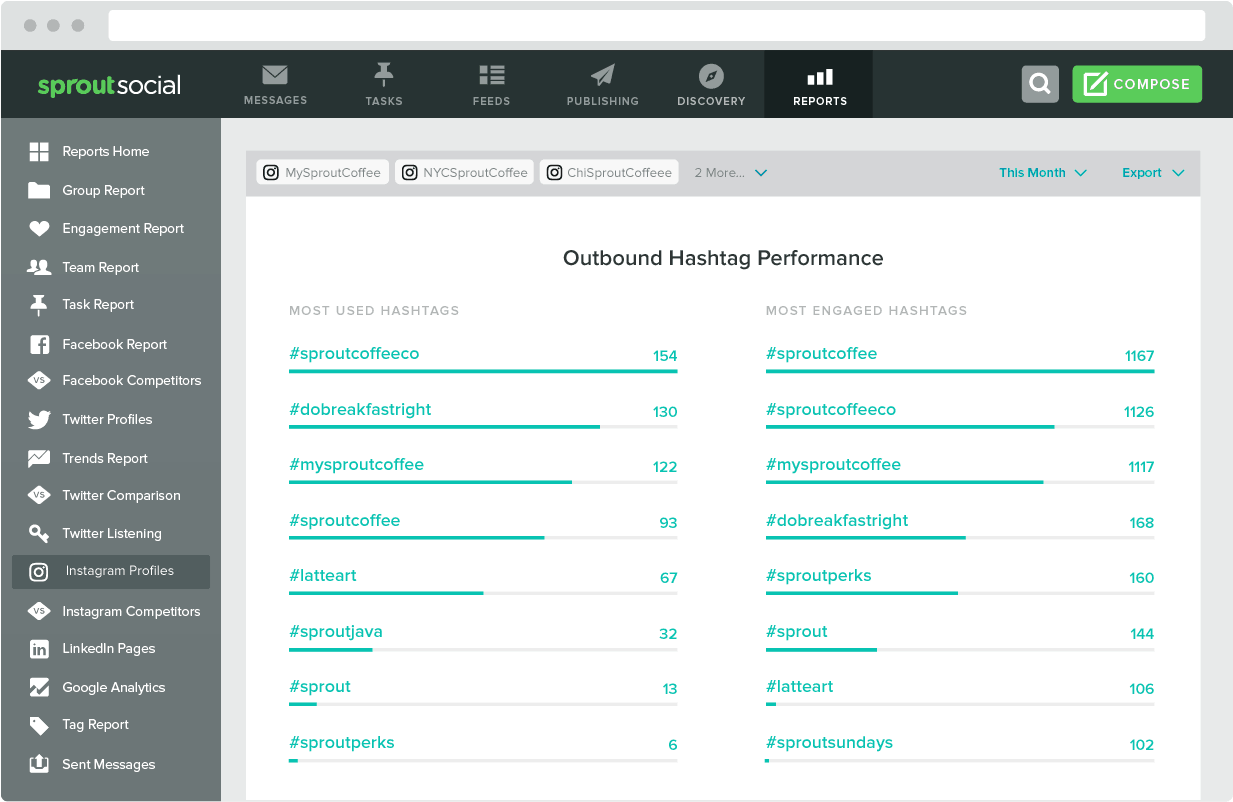 Do Use Branded Hashtags

Hashtags can be used for numerous purposes,

but one of their more popular uses is to help establish your brand. Whatever you’re attempting to market, be it yourself, a business, music, or your dog’s fashion line,

it’s important to create an image for your brand and stick to it. You should try and maintain this consistent image across everything your brand does, including the hashtags you use. 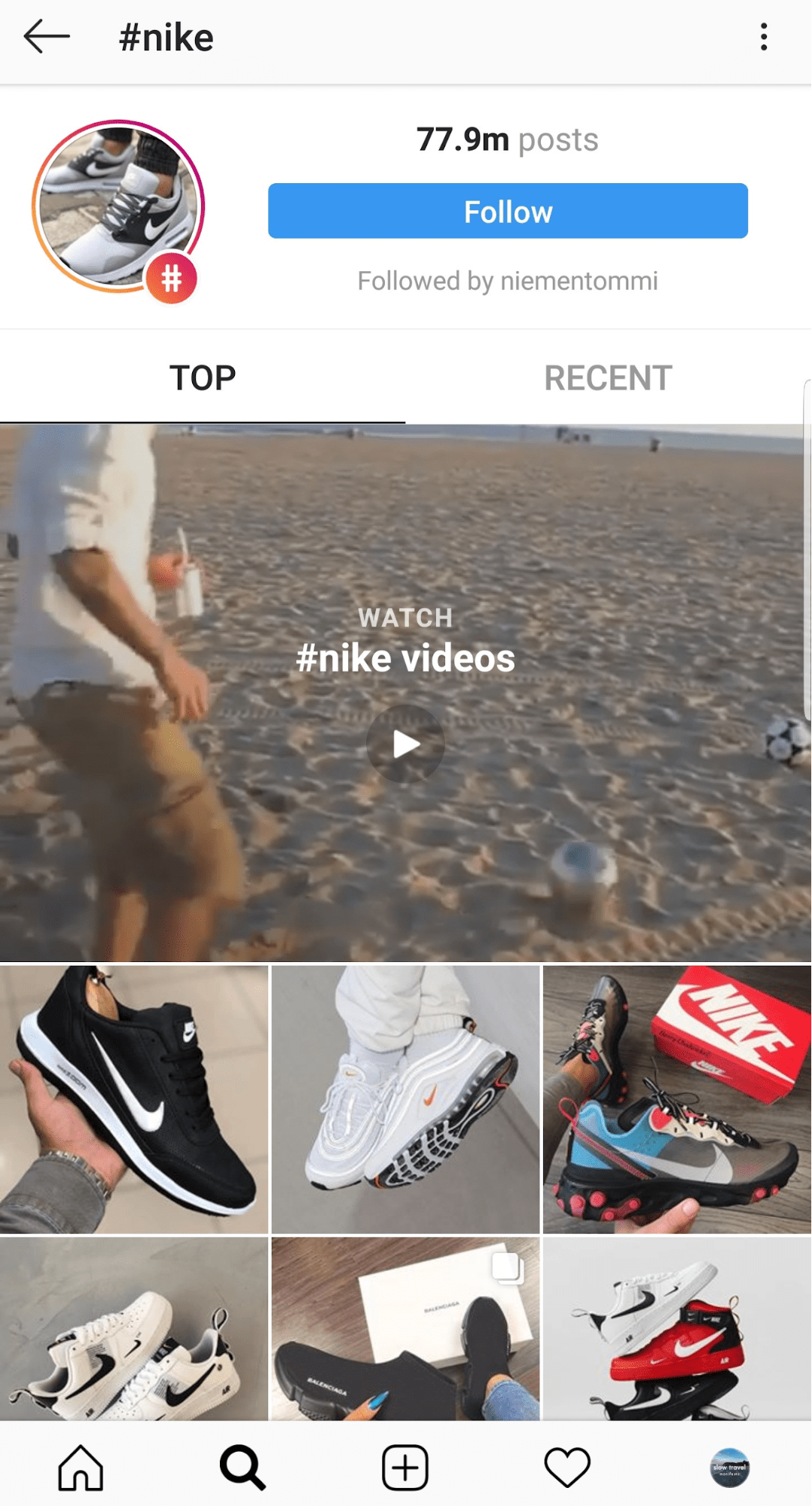 Create a hashtag that represents your brand, and that those familiar with your image will immediately recognize. This helps to establish your brand,

and gives those interested in it an easy way to search for content that’s associated with the brand—or even engage with the brand by using the hashtag themselves!

For this reason, seven out of ten of all hashtags on Instagram are branded.

Do Stay On Top of What’s Popular

Nowadays, the things that are popular—such as the hashtags that are trending—are constantly evolving.

That said, there are some hashtags that will always have a huge following, such as: 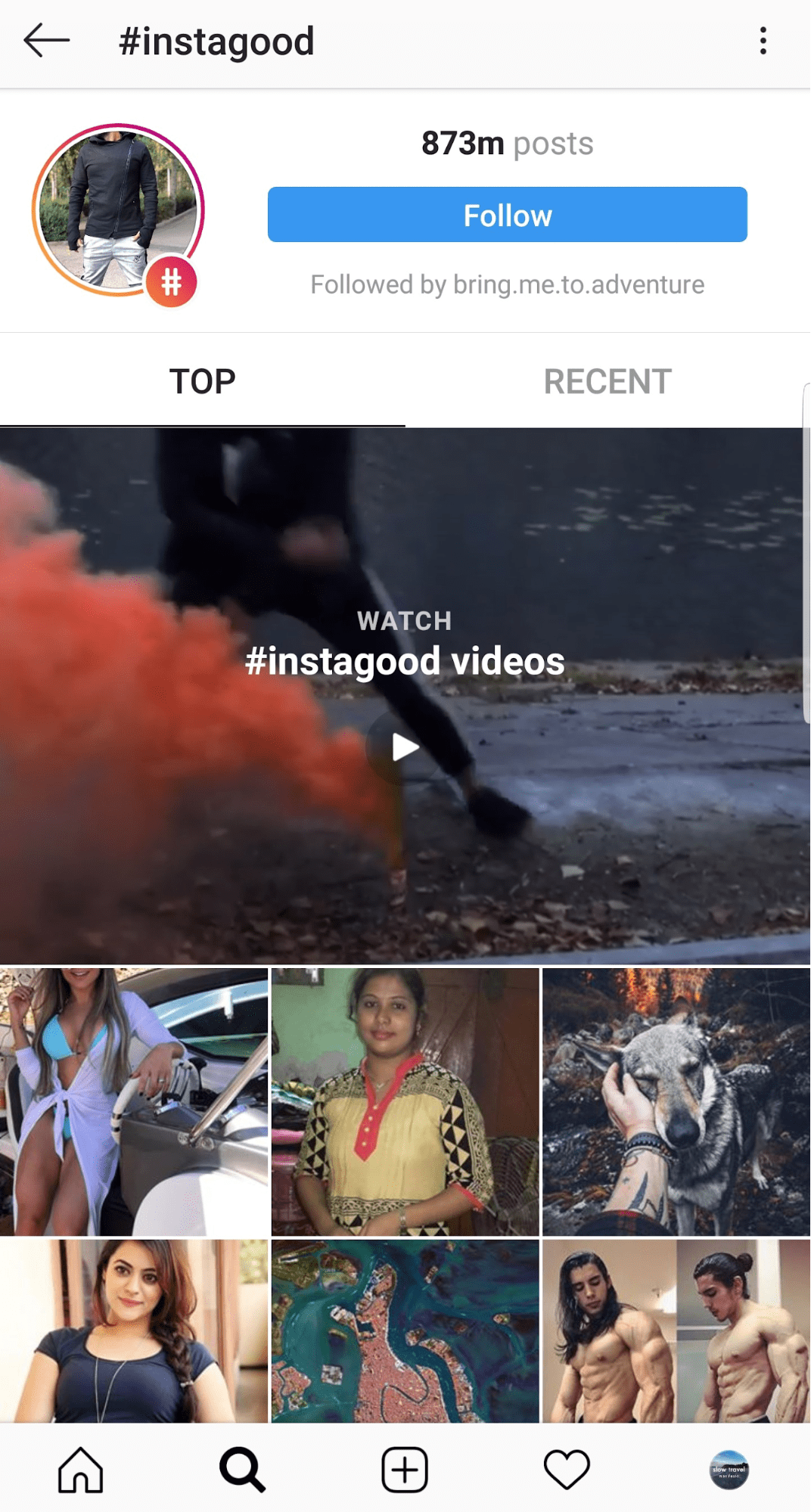 For a strong Instagram marketing strategy, you’ll want to use a mix of these,

as well as the trending hashtags in your industry that come and go more quickly.

In order to find the tags that start to garner attention overnight, keep an eye on the “Explore” page of Instagram. Another good trick is to click the search bar,

and select “Tags.” By starting to type out a product type or category,

Instagram will populate the trending hashtags that include this word. Be sure to check back as these tend to change often!

Fairly recently, it was announced that Instagram users would not only be able to follow profiles, but hashtags as well. This added a whole new way to use hashtags as a tool to expose as many eyes as possible to your content. It also means that it’s far more important that you use the right hashtags with the largest number of followers who would likely engage with your content. 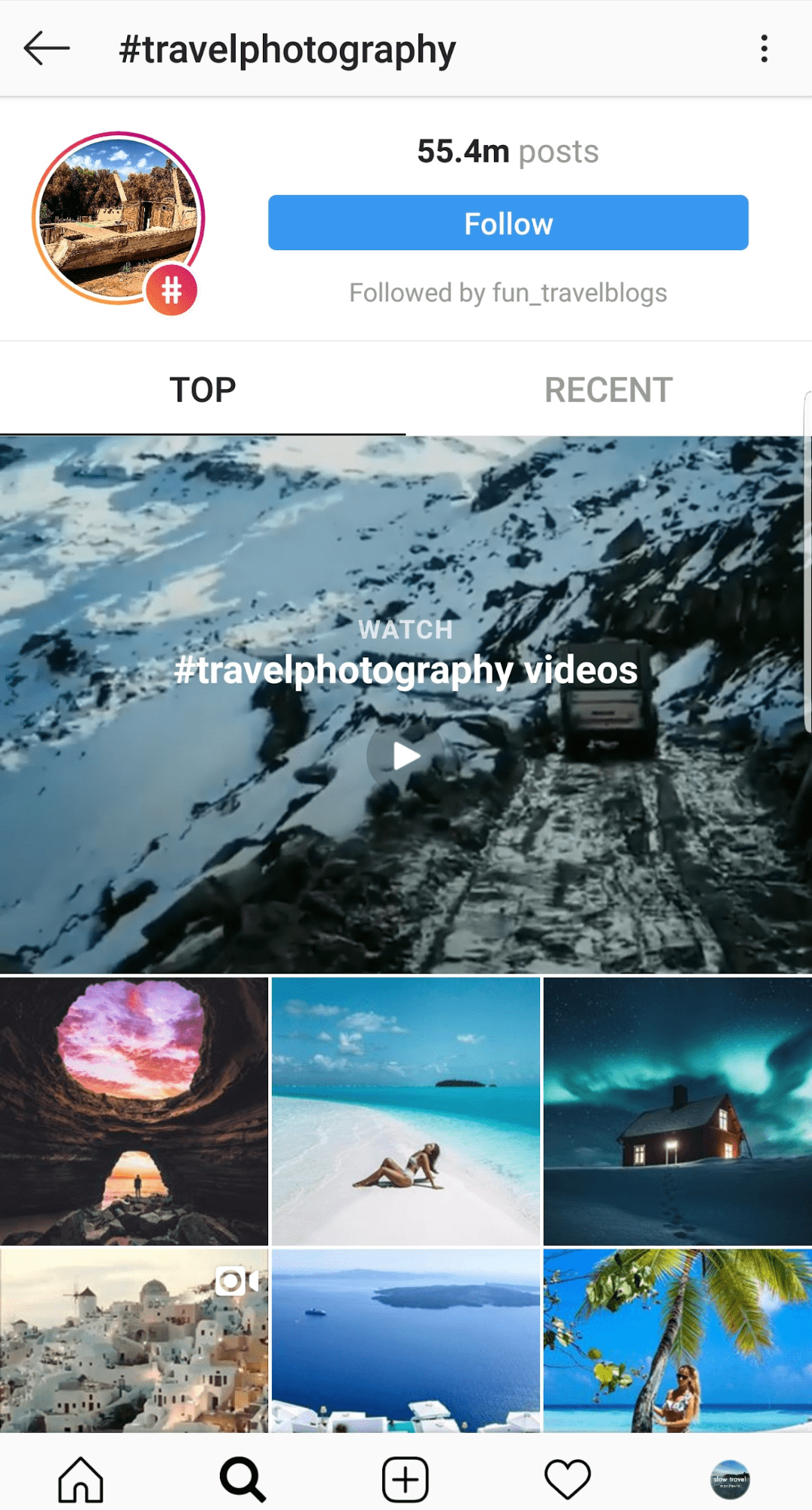 This isn’t exactly simple, but if done well could greatly increase your number of engaged followers. First, you want to figure out which hashtags that those interested in your content would likely be following. Then, you need to create content that’s appropriate for those hashtags. Make sure the content you provide is accurate to the attached hashtags, and would also appeal to your target audience.

Things You Should Avoid Doing with Your Hashtags

While it’s certainly true that hashtags can be a valuable tool when used correctly, it’s equally true that when used in the wrong manner they can cause more harm than good. From being confusing and hard to understand, to offensive and poorly timed, hashtags have been the root of quite a few problems for brands throughout the years. So if you’re using hashtags as a part of your Instagram marketing strategy, these are some things you’d probably be better off avoiding.

Don’t Include Too Many

Studies on this matter don’t always agree, but most show that too many hashtags can actually harm a post’s engagement rates. Knowing the right amount for your specific goals and target audience can be a little tricky, but it’s generally agreed upon that somewhere around 11 hashtags are ideal for most posts. 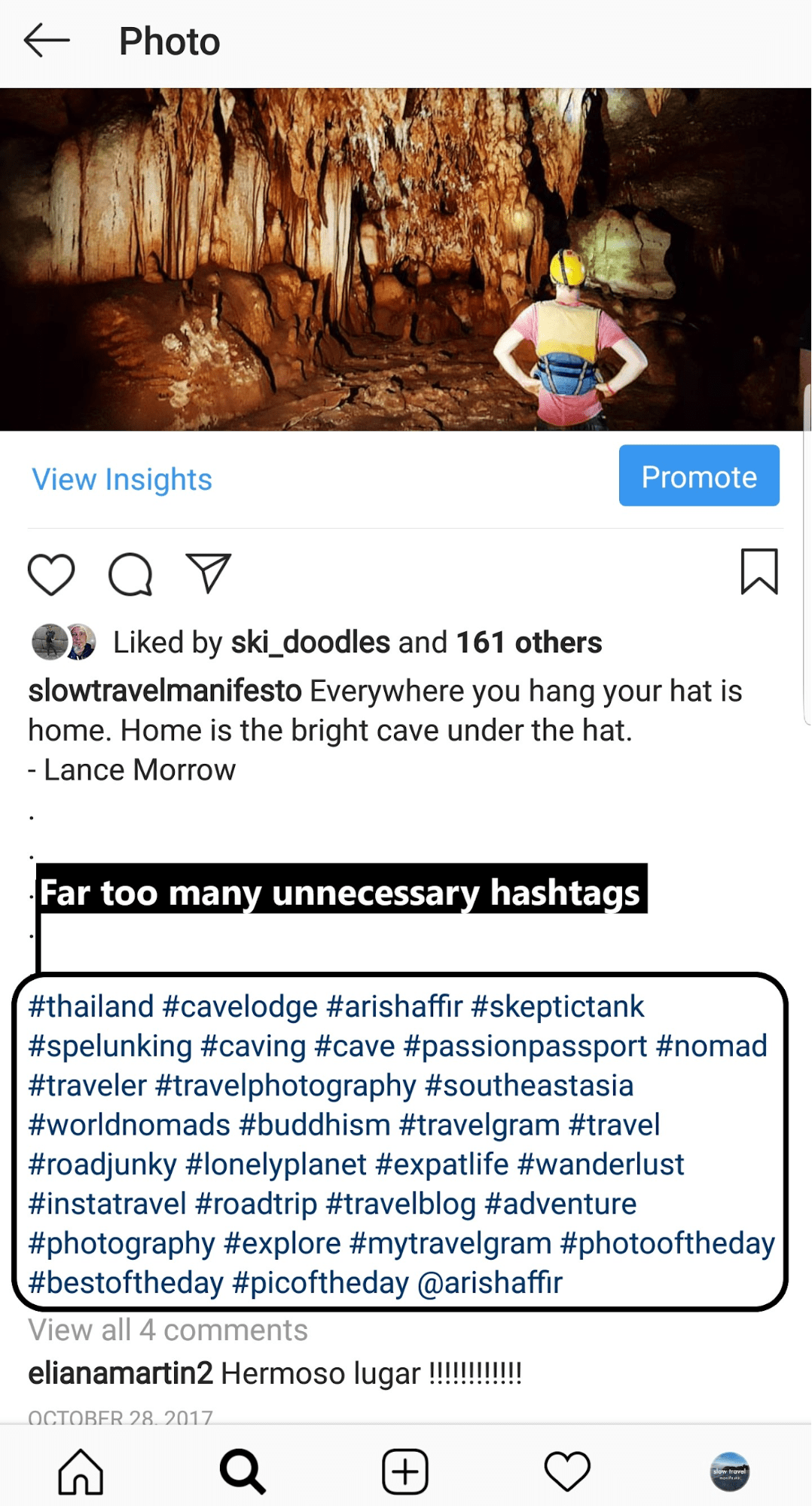 Any more than this may have a negative impact on your engagement rates, and cause your post to come off looking like spam. According to most studies, each additional hashtag added to a post increased engagement rates up until around 11, after which they actually lowered engagement.

When running any marketing campaign, regardless of the platform, it’s usually a good idea to avoid sensitive and controversial topics. Whether it’s a recent tragedy or a controversial political stance, unless it strongly aligns with your brand’s image you should keep it out of your hashtags or risk alienating your audience.

While it’s important that you use hashtags that are popular and likely to be searched, don’t arbitrarily add an irrelevant hashtag to a post simply because it’s trending. This will be obvious to those who come across your post based on the hashtag, and will likely be ignored by them. Even if it does increase a post’s number of impressions from hashtags, it’ll cause your brand to appear dishonest and potentially damage its reputation.

Don’t Forget to Check if They Make Sense

While this can lead to some humorous results, always look your hashtags over carefully before taking them live, and ensure that they won’t easily be misinterpreted. There have been quite a few examples of this happening, many with interesting outcomes.

Some of the more notable examples include: 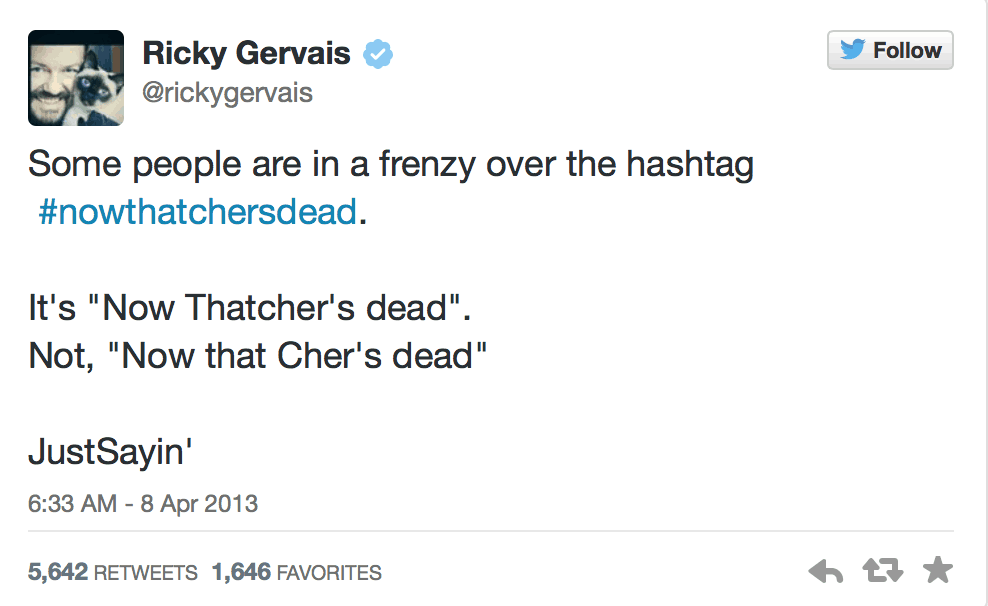 While it’s clear that hashtags are important to maximizing your potential exposure, it’s also important that they’re well planned and used with intent. Know why you’re using the hashtags that you choose, and double check to make sure their messaging is clear and aligns with the image you want your brand to portray. These can be powerful tools when wielded correctly, and greatly increase the exposure your content receives. So use them, but use them wisely, and they’ll only increase the visibility of your future Instagram posts.